Reward doubled for information about stolen weapons in Shipshewana 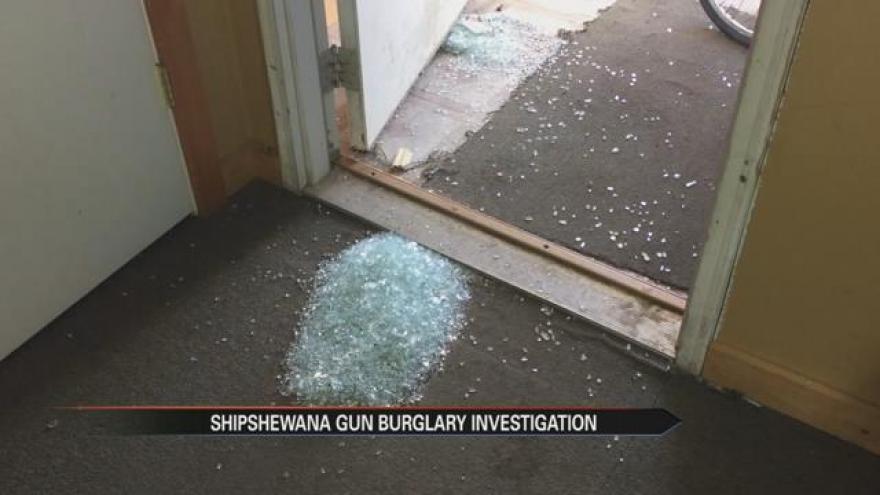 A $10,000 reward from the Bureau of Alcohol Tobacco and Firearms is being offered for information leading to the arrest and conviction of suspects in the theft of firearms from a business in Shipshewana.

The weapons were taken from the Dutchman Hunting Supplies store on US 20. According to the co-owner of the hunting store 14 handguns were stolen Friday morning.

Police say the burglars broke a window to the back door to get in, while leaving pieces of glass behind they headed to the display of guns.

The store co-owner says the thieves had the opportunity to take any kind of gun, but choose to take 14 semi-automatic hand guns, which according to him are more popular on the street.

Sheriff Jeff Campos says the increase of crime in this town is concerning, but they cannot confirm any of them are related.

“Right now we not saying no, they all could be possibly linked because we've had several in the Shipshewana area. We're working the investigation to see if they are in fact linked,” said Campos.

Tips can be called into the LaGrange County Sheriff’s Department at 260-463-7491 or by calling Crime Stoppers.