Ride-along with the marine division on Lake Michigan 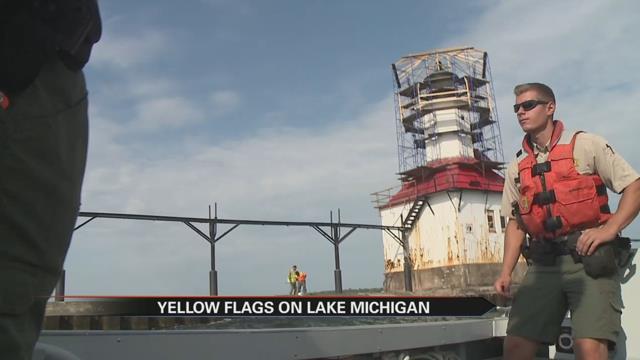 The marine division at the Berrien County Sheriff's Department is in charge of patrolling 86 inland lakes, 42 miles of shore on Lake Michigan, and 3 rivers.

On Thursday officers took ABC57's Alexandra Koehn on a ride-along to see the 2-3 foot waves on the lake shore.

A deputy with the division said it was rather mellow, but some days they are working with 8-foot waves.

Sergeant Zach Bower said they also issue tickets to dangerous boat drivers, but most days they are making sure swimmers don't get pulled away into a rip current.

Bower said, “The red flag is definitely the worst. That’s when the waves are the biggest and we definitely take the most precaution.”

Bower and Rushing said swimming conditions can flip to dangerous in a matter of seconds.

Rushing said, “Rip currents for the most part will happen when the waves are fairly high, 4 or 5 sometimes 6 footers, you have wind coming out of the west so it builds the waves here and it pushes the water up closer to shore. We have paddle-boarders, kayaks that come out, if one of them flips or a boat gets too close to it, we may be called out.”

For the next several days the yellow flag will be raised at Silver Beach which means swimmers should exercise caution.