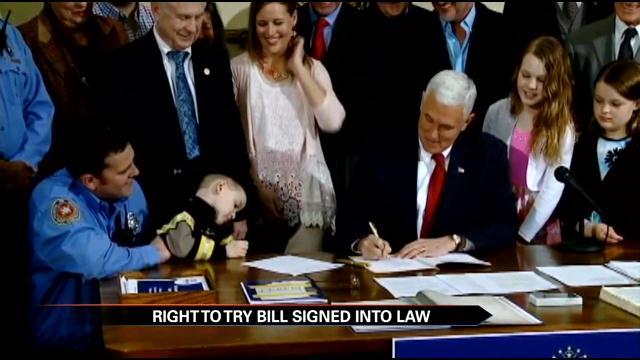 Terminally ill patients in the state will have the chance to try experimental drugs that are not FDA approved. The bill passed unanimously in the state legislature and was signed by Governor Pence.

Gov. Pence signed "right to try" into law Tuesday, making Indiana the ninth state to pass a bill like this.

According to our reporting partners at MNC 93.5, Pence said he hopes this law will provide a pathway to healing for Hoosiers for years to come.