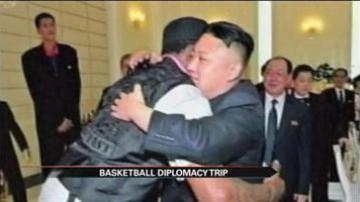 Rodman dedicated the game to his best friend, the young leader of North Korea in honor of his birthday.

There was hope that Rodman might use his relationship with the leader to help gain the release of an American missionary who was arrested more than a year ago but Rodman says he will not discuss the case with the North Koreans.