Roller coaster ride for electric bills; another rate hike on the way 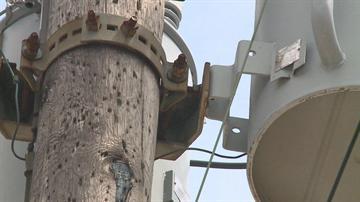 The company is requesting is a 22.7-percent jump in fees. So, for a typical family that would mean another $20 would be tagged onto their monthly bill.

If it seems confusing that is because it is. For those with Indiana Michigan Power, or AEP as many customers see on their bill, they were suppose to see a drop in their bill by 46 cents.

It is a cost the company says is needed to cover growing operation costs, as well as for keeping up with the cost of complying with new environmental mandates.

ABC 57 talk with several customers and they says the news is not setting well with them tonight.
"This is bad, especially with the economy the way it is and with people being unemployed and things like that. I mean, we really don't need the increases but there's not much we can do about it," says long-time customer Lyall Jones.
"Our phone bill has gone up,everything has gone up. Gas prices have gone up and we are a one income family, so we are struggling," says Luann Sandmire.
However, on the flip side of the coin, I and M's current rates are among the lowest in the country, as well as Indiana. The utility company says that the average home in Michiana uses 1-thousand kilowatt hours of electricity in a month coming to about $85, which is below the state average of $100.
Commercial and industrial customers will not be affect as much by the new increase. Businesses will only see a 9-percent increase instead of the 22.7-percent increase residential customers will see.
There is some good news, though. The rate would not jump over night. In most cases, it takes up to a year or more from the date of the final order for the increase to go into effect.
Share this article: