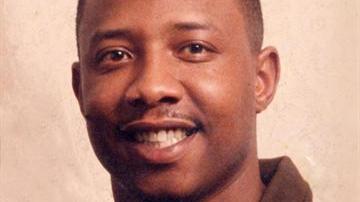 On December 12, 1998, 26-year-old Ronnie Cantrell was attending a dance at the VFW Post at 1318 S. 6th Street in Elkhart. At about 2:30 a.m., as the party was breaking up, several shots rang out. Ronnie was sitting in an SUV outside the Post, and another man was standing nearby when both were struck by gunfire.

Elkhart Police received the call. While in route, radio advised that several fights had broken out. When units arrived, the crowd of about 30 was dispersing and they located one victim with a non life-threatening gunshot wound. They learned that Ronnie Cantrell had been rushed to a local hospital.

Ronnie's family was notified, including his mother Roxann Nichols. She made it to his bedside in the Trauma Center before he died. But Roxann said she regretted her last vision of Ronnie who was shot through the eye and sustained a massive head wound. He never regained consciousness.

Roxann said that Ronnie had been working as a dry waller, and had planned to start his own business. He was living with his girlfriend and left behind two children, ages 5 and 7. Roxann said that he was a great big brother to his two sisters, and was a very attentive son. He loved company, and enjoyed cooking Thanksgiving dinner for everyone.

As much violence as I've witnessed in my career as a police officer, it's always hard for me to imagine how devastating it must be to lose a loved one in such a violent manner. And surely there is no worse heartache than to lose a child to murder. Compound that with his killer never having been brought to justice.

There were plenty of people that night that had to have known who fired the fatal shots. Police have pursued countless leads and have developed a suspect. But so often, cases remain unsolved due to a lack of evidence. In running these cold cases, we always hope that as the years pass circumstances might be such that the person with the information the police need will now feel comfortable, or compelled to come forward.