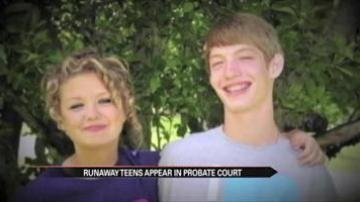 ISABELLA COUNTY, Mich. -- The Michigan "Romeo and Juliet" appeared in probate court with their families Tuesday.

The 13 and 14-year-old runaways are back safe and sound in Michigan.

They were found over the weekend in Chicago but now the two teens have been ordered to stay away from each other and have been placed on home detention.

The sheriff said it is up to the prosecuting attorney if the teenagers will face criminal charges.

The two are scheduled for separate pre-trials later this month.