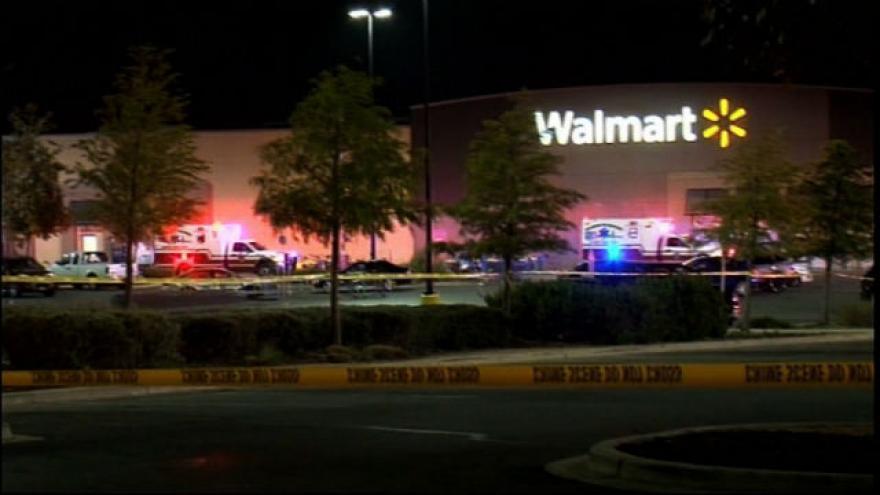 (CNN) -- The San Antonio, Texas, police chief's decision to release a dozen undocumented immigrants discovered in a tractor trailer has spurred demands by the local police association that the chief be put on leave while his actions are investigated.

At least one expert, however, says that though there are unusual aspects to the case, it doesn't appear Chief Bill McManus did anything inappropriate by releasing the immigrants to the nonprofit Catholic Charities last month.

"He did nothing unlawful under federal law or state law," said Denise Gilman, a University of Texas law professor and co-director of the law school's Immigration Clinic.

It is the second-such incident in fewer than six months. In July, police arrived at a Walmart parking lot to find dozens of immigrants in a trailer. Eight were dead; two more died later. Driver James Bradley Jr., 61, pleaded guilty to two federal charges and now faces possible life in prison in that case.

In last month's case, none of the immigrants was injured. Police have charged the 58-year-old tractor driver from Houston with smuggling of persons. A woman, who McManus has reportedly classified as a driver, also was charged.

The decision to bring state charges -- rather than federal offenses -- has prompted criticism. A local police officers group says McManus deviated from normal procedures and told a federal officer he wasn't needed at the scene; the chief has said the city may have faced legal liability if it held the truck occupants.

McManus declined CNN's requests for an interview, but his department released a statement saying, "To clarify, Homeland Security was never told that their services were not needed. SAPD handled this investigation utilizing the state smuggling statute. Unfortunately, this is the second incident in the last year. Fortunately, this time citizen interaction and a quick police response prevented another tragedy."

Victims or parties to the crime?

McManus has referred to the 12 immigrants as victims -- and said he treated them accordingly -- but Michael Helle, president of the San Antonio Police Officers Association, contends they were not victims, but "a party to the offense committed."

In a Monday letter to Mayor Ron Nirenberg and the City Council, Helle demands to know why the immigrants were not identified, why the Houston man is being prosecuted on a state charge rather than a more serious federal offense and why McManus did not let Homeland Security Investigations, a component of US Immigration Customs Enforcement, handle the case.

Helle wants McManus placed on administrative leave until an outside investigation can determine whether the chief broke any laws, "in addition to the obvious violations of the general (police) manual," he wrote in his letter.

McManus has defended his handling of the case, saying at a news conference last week, "Once the folks got here to police headquarters, we have no jurisdiction to hold them, to detain them, so they were released to Catholic Charities."

He continued, "Based on the information that I had on the scene and the situation at the scene, the number of police officers that we had standing around, the number of people who were lined up on the curb, that was absolutely, in my mind, the right decision at the time," he said.

'There's no authority to detain them'

The University of Texas' Gilman said that, based on her understanding of the case, the chief is correct.

"It's absolutely common that victims of crime, even if they're undocumented immigrants, would be released," she said. "There's no authority to detain them."

Things might have been different had a federal agency requested local police detain the immigrants, but there's no indication that's the case, she said.

US Customs and Immigration Services officials in Texas did not return CNN's calls seeking to determine whether the feds requested they be detained. San Antonio police, too, declined to return emails on the matter, despite providing other information on the case.

In a statement to CNN affiliate KSAT, McManus said it was his prerogative to handle the case under the state's anti-smuggling law and denied assertions he ordered anyone to disregard protocol. He said fingerprinting or running background checks on the 12 immigrants would have violated department procedure and may have resulted in a lawsuit against the city.

"SAPD had no legal authority to hold the 12 individuals after they were questioned; the City may have faced legal liability if SAPD had done so," he said in his statement to the station.

Gilman concurred with this statement.

As for the Homeland Security Investigations agent who arrived on the scene, McManus said, the agent was provided access to the immigrants at police headquarters and his department never prevented the agent from taking them into custody.

On December 23, one of McManus' officers was conducting a traffic stop when a resident approached him and said there was a trailer near a water park "with some individuals in it and that two females were right outside crying," according to a police report.

The officer followed the resident to the scene, and found the driver "pacing around," the report said. One of the trailer doors was open, and several immigrants were sitting inside the trailer.

The driver told the officer that the trailer was not his, but he owned the tractor. The driver further said he "might have grabbed the wrong trailer and stated that his dispatcher was trying to figure it out," the report said.

Asked about the people in the trailer, the driver said, "Oh, they were going to help me move the stuff," according to the police report.

The officer asked one of the people in the trailer where he was traveling from, and the man replied Guatemala. He had been picked up "somewhere in the woods," he said, according to the report.

The officer contacted Homeland Security Investigations, but when McManus arrived on the scene, he requested that his detectives handle the call, the report said.

Where did they go?

At police headquarters, the report stated, the driver told police he had picked up the immigrants at a warehouse 160 miles away in Laredo, on the Mexican border, and driven them to San Antonio, where they were scheduled to be picked up.

"All witnesses stated that they were all placed in the trailer, picked up in Laredo, TX and transported to San Antonio, TX. All witnesses were released," the report said.

Where the immigrants are now is unclear. McManus says he doesn't know what happened to them after he handed them over to Catholic Charities.

Antonio Fernandez, president of Catholic Charities, was out of the office Tuesday and could not be reached via email.

But in an interview with Texas Public Radio, he said that five of the migrants declined his organization's assistance, and his staff took the other seven to a hotel.

"If it happens again and we are being called -- unless I'm being told legally that I cannot do it -- I will be helping everybody regardless," he said.

Helle said in his City Council letter that by referring to the immigrants as victims, McManus is confusing the crimes of human trafficking and human smuggling.

Where trafficking has victims -- such as people forced or coerced to perform labor or commercial sex acts -- those involved in human smuggling are party to the crime, he wrote.

"Human smuggling is defined as the importation of people into the United States involving deliberate evasion of immigration. ... Human trafficking and human smuggling are not interchangeable terms," he wrote.

Helle also said, "Never in my 28-year tenure working for the San Antonio Police Department have we witnessed such actions, taken by a chief, as were done on Dec. 23."

Bexar County District Attorney Nico LaHood conceded the move was unusual and said during a news conference last week that San Antonio police have not brought his office a transport smuggling case since he took office three years ago. The July incident is being federally prosecuted.

"It's a state smuggling charge, trafficking charge," he said. "We're working with our federal partners. There's people that might have information about other cases, so we're going to go through our reviewing process and work with whoever we think has information that will help us."

Texas is embroiled in a legal fight over its Senate Bill 4, which demands local police and governments comply with immigration laws and federal detention requests. Civil rights groups have called the bill an assault on so-called "sanctuary cities."

A panel of the US Court of Appeals for the 5th Circuit allowed Texas to enforce key provisions of the bill until a final ruling is made. Attorney General Ken Paxton promised in October to continue his defense of SB4.

"Senate Bill 4 is a common sense measure that prevents governments in Texas from standing in the way of federal enforcement of immigration law," he said.