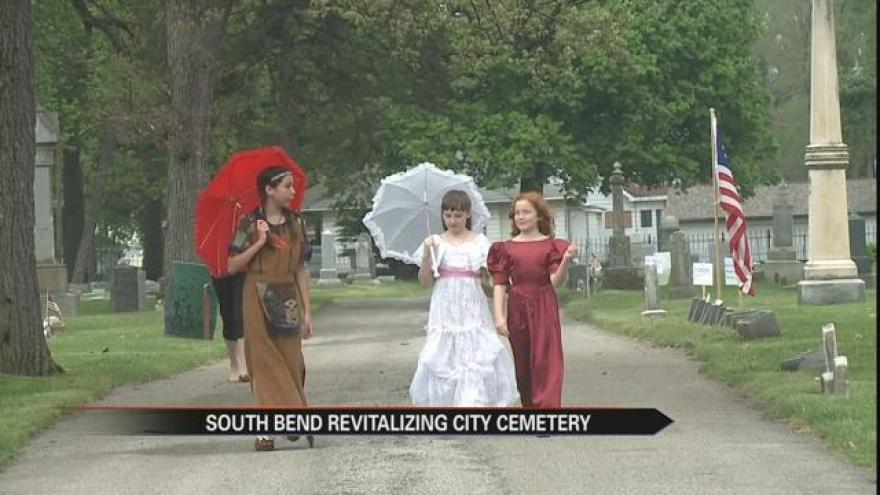 The South Bend cemetery is using the city's 150th anniversary to emphasize revitalization efforts. The city wants to draw visitors the cemetery as a historic city landmark.

It's been here as long as the city has, and many prominent former residents are buried in it.

One of the most notable is Schuyler Colfax. He was the Vice President under Abraham Lincoln who helped push the emancipation proclamation.

The cemetery was also one of the only burial sites in the north to not segregate based on race or ethnicity.

City leaders want improved lighting in the cemetery and the neighborhood surrounding it, more vegetation, and more visitors. And they are using South Bend 150 to highlight this spot's rich history.

"You can search burials or you can just explore the map and look through those records that we've digitized."

Those digitized records can be found on the south parks website.

You can also add feedback to the cemetery's master plan here.