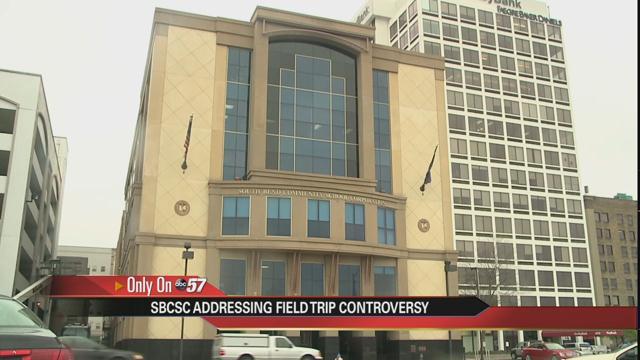 Monday, the controversy surrounding a series field trips planned for black third graders is expected to be addressed at South Bend Community School Corporation's Board meeting.

ABC 57 News received confirmation Friday that the “Mindset Initiative” field trips had been postponed amid allegations of discrimination.

Coquillard Primary Academy was at the center of the issue following a Facebook post from resident Lauren Klingerman.

Her friend Mary Jo Horton told her how her daughter was excluded from an upcoming field trip, because she wasn't Black.

By Friday, an email was sent to staff, temporarily canceling the remaining trips.

A member of the district said the district was looking to restructure the program to include all students or reduced lunch and first-generation students.

In the meantime, parent Mary Jo Horton said she had received an apology from the school and the director of the Department for African American Student/Parent Services, Dr. David Moss.

Her child was also transferred to another classroom.