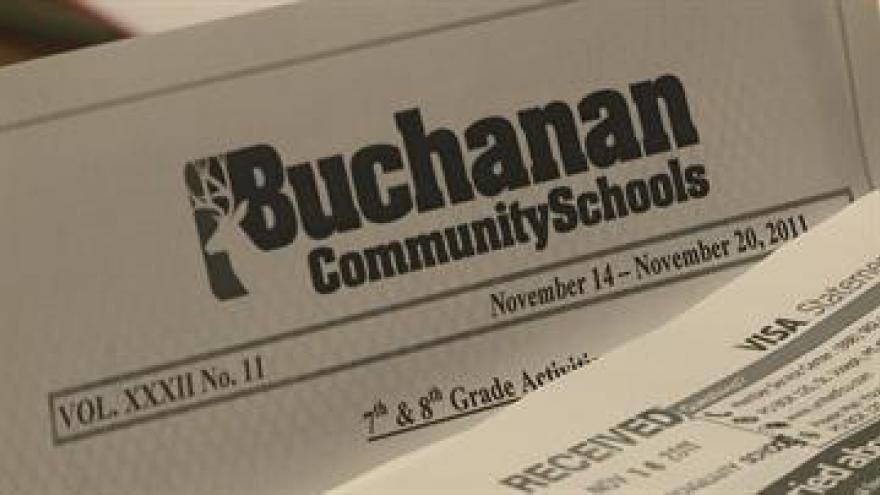 BUCHANAN, Mich. – Michigan parents may get a shock when they view their student’s MEAP scores this year.  Michigan has changed its test scoring standards to bring the state in line with national standards.  The big change for Michigan schools and students will be the “cut scores.”  Previously, students were required to meet a lower standard to “pass” the test.  For example, under the new standards students who previously scored a 90-percent on the test could be listed as scoring as low as 30-percent.

“Because they (Michigan and national scores) were so out of alignment before, we’re going to see a drop across the state of Michigan in all of our reading, math, science and social studies scores,” explained Buchanan Community Schools Superintendent Andrea van der Laan.

That drop is why Michigan school districts across the state will be trying to warn parents before scores come out.

The information parent’s need to know, according to Van der Laan, is that the lower scores parent’s may see will show the effect of the new system and won’t reflect on their child’s ability.  Van der Laan also explained that the reason for the state’s scoring change is expected to benefit students.

“They want our students to be college and career ready by the time they leave high school,” she explained.  “So that if they decide they want to go into the job market or they decide to go to college they’re ready for either one…we’re trying to be competitive.”

Student’s will hopefully be better prepared to go to work or college in other states where their competence is based on the national test score standards.  Parent’s are asked not to be concerned when they’re school district’s scores are low compared to previous years.

“What I would call it is a ‘baseline score’ for this year,” Van der Laan explained.

Van der Laan said many schools will have to start building test scores back up after spending years building them up under the old standard.  The Department of Education’s goal for schools nationwide was to reach 100-percent scores by 2013.

“On the old MEAP tests, which were state run, we were making those gains.  Now we’re taking a step back to 43 or 44-percent wherever that may be,” she explained.

But, she believes the new system will work better for students.

The change will mean hard work, curriculums across Michigan will need to be reshaped to align with the national standards.  Buchanan schools have already begun making changes.

“We already had seen some gaps so we used some grant money to hire literacy coaches, interventionists,” she described.  “We started that back in January in preparation to try and boost our kids up already.”

Van der Laan explained that her goal is for Buchanan school’s to boost their scores by 10-percent the year after the new scores come out.  Parents can expect to see scores based on the new system sometime in March.

The state has requested waiver from the Department of Education to allow schools more time to reach the 100-percent goal.