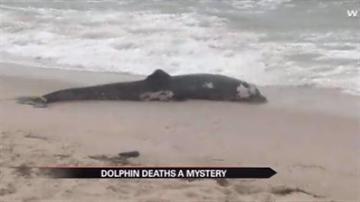 Scientists are puzzled by the deaths of more than 200 bottleneck dolphins that have washed ashore along the East Coast.

The Virginia Aquarium and NOAA are working together, collecting samples and studying other ailments.

By early mid August alone, they have recovered 75 dead dolphins, 25 just over one weekend.

"Twenty-five dolphins in one weekend is something we can't handle," said Virginia Aquarium's Susan Barco. "We're seeing lesions in their respiratory systems. We're seeing animals that are having joint problems, animals that aren't feeding normally. A lot of them are thin."

Scientists are looking into a number of possible causes, from pollution to a virus. They hope to have an answer in the next week or two.