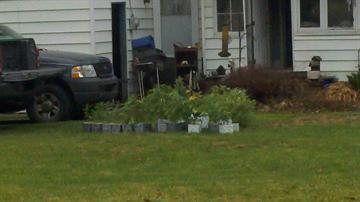 According to Police, the US Marshals Task Force went to the house to serve a warrant for stolen property.

The person they were searching for had moved out of state, but the resident of the house acted strangely.

Officers entered the house and located the grow operation in the basement and other places in the house.

"At that point the only occupant of the house was taken into custody a search warrant has been obtained and all the evidence is going to be seized,” said Matt Blank of the St. Joseph County Police Department.

"This is operation is something we'd call a sizeable operation. It's not the biggest we've ever seen but it's not minor by any means,” said Blank.

The resident is expected to be charged in relation to the marijuana grow house within the next week.