No more 90's are in the 10-day forecast! Rain showers and storms this week have helped to bring our temperatures down from the 90’s this past Tuesday, and more seasonable temperatures are expected to continue.

By the time we get to Sunday evening, we’ll start to see highs that are normal and slightly above normal. These temperatures should last through Monday evening before normal to slightly below normal temperatures return for Tuesday.

From Tuesday to next Saturday, temperatures are 41% more likely to be below average. With the average high temperature during this time being 83° and the average low temperature being 63°, highs and lows lower than these values are likely. 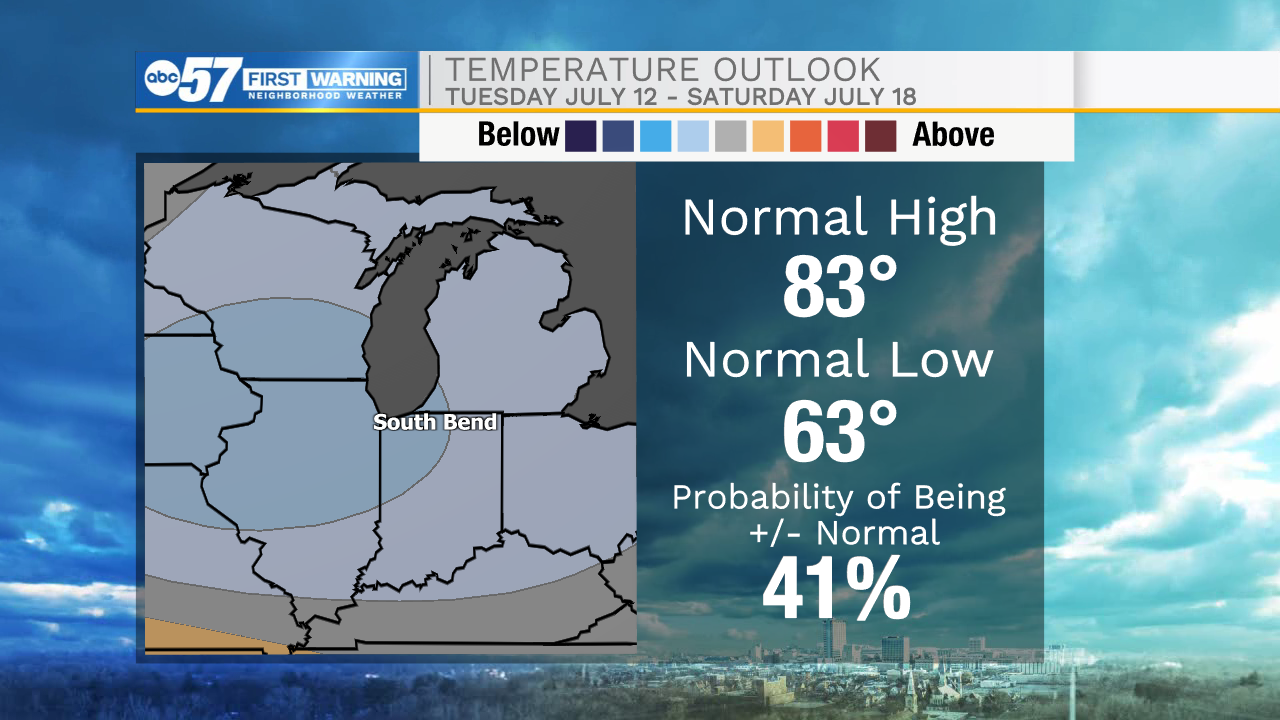 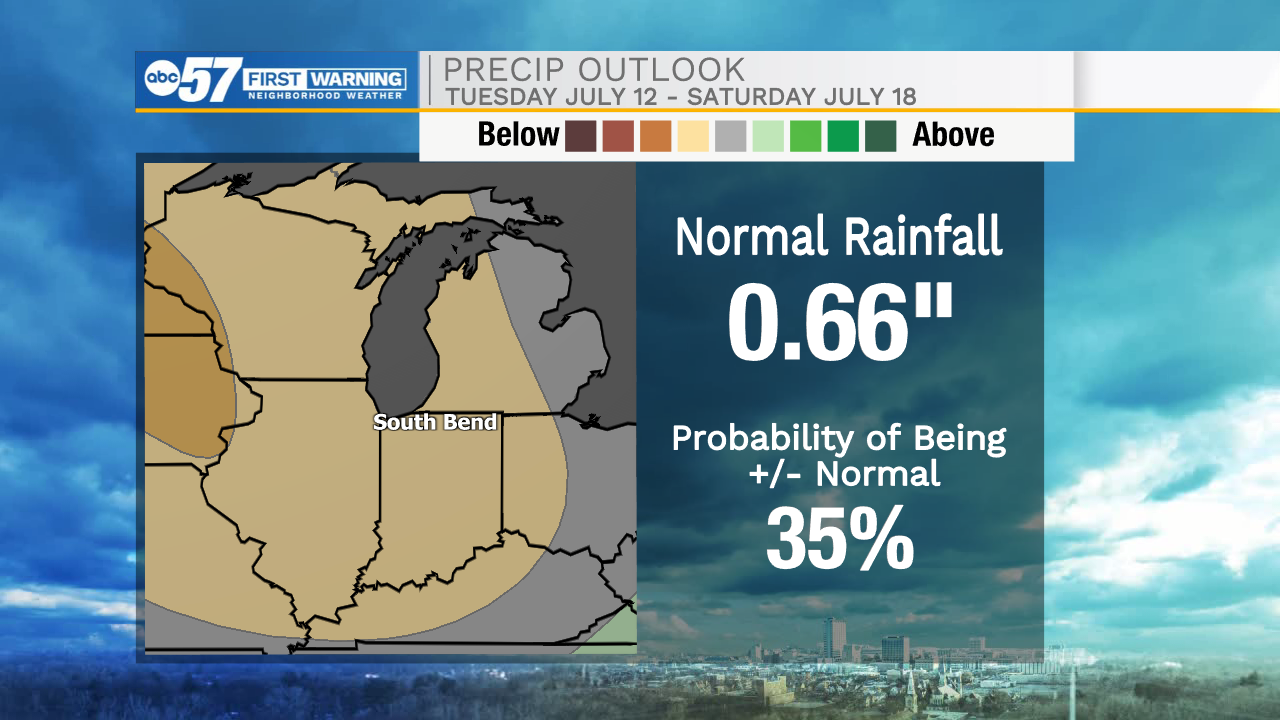 Last month was very dry compared to normal, with nearly 2 inches less rainfall than expected for an average June. So far this July, we have already been able to see 1.5 inches. This is 0.8 inches more than average due to all the rainfall that moved through the region this week.

Although we have had a wetter than average July so far, it hasn’t been enough to pull us out of this drought. This year overall has still been dry, with rainfall totals nearly 2 inches less than what we would expect by this time of year.

Even with the rainfall we’ve seen this past week, large portions of the Midwest are still under drought conditions. Currently, Indiana is the driest state with 87.6% of the states being under either D0 or D1 conditions. For most of us, the current drought conditions have had somewhat minor impacts, with the main issues being stress to crops and lawns.

For those under D1 conditions, slightly greater impacts are a concern, such as stunted growth of crops, low water levels in ponds and creeks, and growth of blue-green algae. Around two-thirds of Michiana is currently under drought conditions, but only by D0 conditions.

Although we’ve been lucky enough to get some rain this week, next week is already looking to be somewhat dry. Michiana will have a 35% probability of being drier than average, so dry conditions will be more likely.