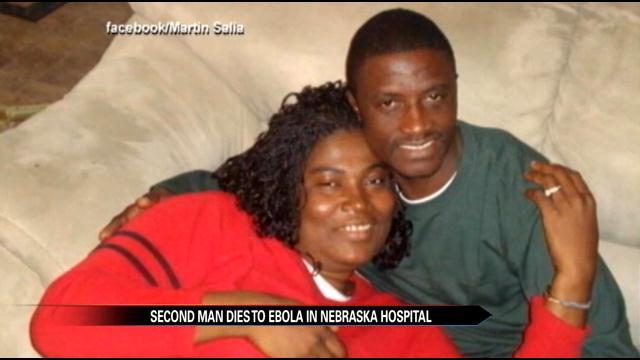 A doctor, who spent time treating Ebola patients in Africa, died early Monday morning from the virus in a Nebraska hospital.

Dr. Salia was given a blood transfusion from an Ebola survivor as well as the experimental drug ZMAPP, however doctors say that his illness was too advanced.

“We used the maximum amount of supportive care and every advance technique available in an effort to save his life. We are very, very sorry that the outcome wasn't the one that we wished for,” says Dr. Chris Kratochvil of the Nebraska Medical Center.

Dr. Salia was a resident of the United States, but spent much of his time in his native country of Sierra Leone, where he was the chief medical officer at a Christian hospital.

In April, he talked about his motivation to continue the risky work of treating Ebola patients in Sierra Leone.

“I took this job not because I want to, but I firmly believe that it was a calling and that God wanted me to,” said Dr. Salia.

Despite progress fighting Ebola in Liberia, more cases are being reported in Guinea and Sierra Leone.

There are also growing concerns about the spread of the virus in other west African countries. Because of that, travelers coming from Mali will also face health screenings when arriving in U.S. airports.