Security cameras will be installed in Washington Gardens 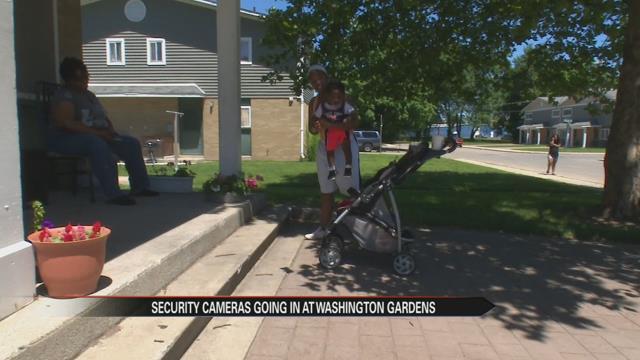 The Washington Gardens apartment complex will soon have security cameras.

Police officers say they can use it as another crime fighting tool.

“It’s a great resource we have to figure out what’s going on down there,” says Sergeant Chris Snyder.

Regina Johnston, an 18-year-old who lives in Washington Gardens says she has seen a lot of crime of the last five years.

“It’s kind of hard. It’s scary and there is a lot of violence around here,” says Johnston.

After the deadly shooting of Lavell Evans in April, residents attended a Housing Authority meeting to find a solution to end the violence.

“Everyone had good opinions it just doing the work that needs to be done to improve the area over here,” says a neighbor who chose to stay anonymous.

She adds that she appreciates the housing authority taking action.

The installation of cameras will be funded by $250.000 in grant money.

Housing director Kim Sindle says he is not sure how many cameras will be installed but hopes to have them up by the end of the year.

“A lot of the time I just think it’s because kids are bored and they don’t have anything else to do,” says Johnston.

Police assure the technology will not change their patrolling efforts.

“We will be down there random days and random different times to keep any criminal element that might want to show up down there on their toes not knowing when we will be there,” says Sergeant Snyder.