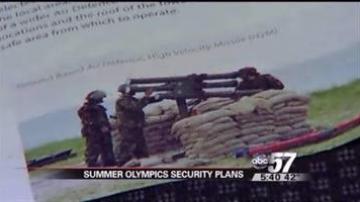 LONDON -- Security preps are already a big focus for the 2012 summer Olympics in London.

Officials are considering the use of surface to air missiles. This weekend, the agency gave out brochures throughout neighborhoods in East London not far from a water tower where those missiles could be placed.

People say they're surprised by the idea. A ministry official says it’s part of an air security plan for the Olympics.