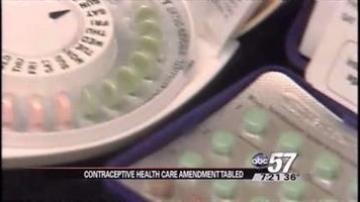 WASHINGTON, D.C. -- There was a decisive move on Thursday in the fight over birth control and faith.

It was an amendment introduced by Missouri Senator Roy Blunt.

It would have reversed President Obama's policy requiring all healthcare plans to cover contraceptives.

Republicans said the amendment is needed to protect religious freedom.

Birth control mandates go into effect this year, but religious groups have been given an extra year to comply.