Senate makes a decision regarding the state's Common Construction Wage 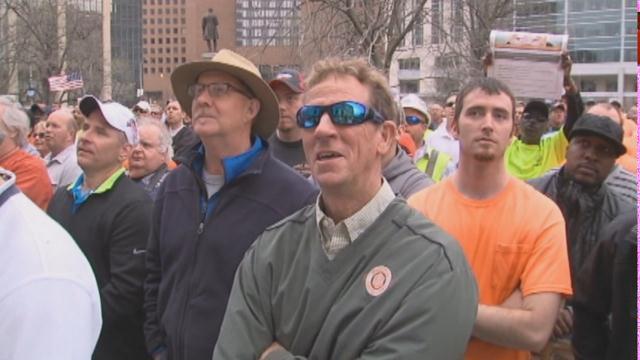 After almost two hours of debate Wednesday the Indiana Senate voted in favor of repealing the state's Common Construction Wage.

But unions say getting rid of the layer of protection the law offers them will send laborers across state lines to work elsewhere.

Indiana Governor Mike Pence said "I think we ought to let the marketplace set wages on taxpayer-supported projects rather than some government structure that's been in place now for decades."

The 27-22 Senate vote sends the measure back to the full House for a final vote before the repeal will be back on Gov. Mike Pence's desk where it is expected to be  be signed into law.
Share this article: