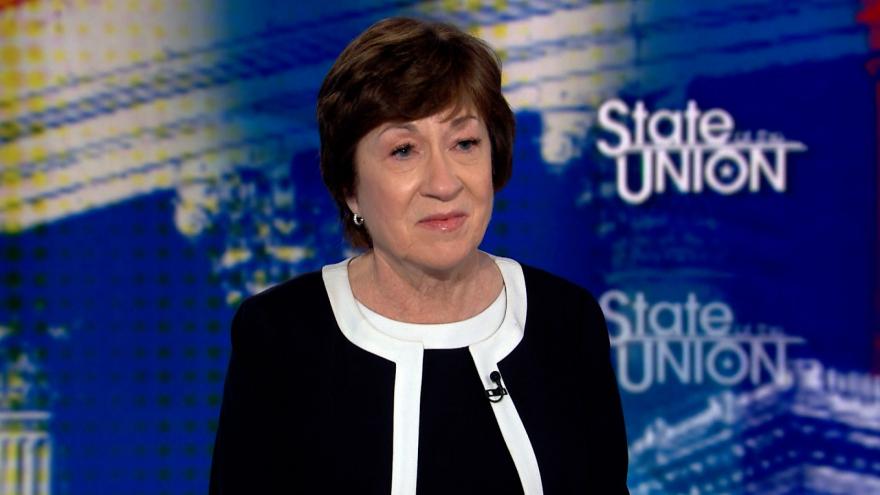 Maine Sen. Susan Collins, a Republican, said she expects a roughly $1 trillion bipartisan infrastructure bill to be introduced in the Senate. - CNN

(CNN) -- A key Republican and Democrat involved in negotiating a roughly $1 trillion bipartisan infrastructure deal that will fulfill key priorities in President Joe Biden's agenda say they expect the bill text will be finalized and introduced in the Senate on Sunday and that the chamber could move to approve it as early as this week.

"That certainly is my expectation and my hope," Maine Sen. Susan Collins, a Republican, told CNN's Jake Tapper on "State of the Union" on Sunday. "We're going into the session today at 12 (noon), and I think we will be able to lay down the bill later today and begin perhaps consideration of some amendments. My hope is that we'll finish the bill by the end of the week."

Collins also said she believes the bill will have the crucial support of at least 10 Senate Republicans needed to pass.

West Virginia Sen. Joe Manchin, a Democrat, was also optimistic in the bill's timeline, telling Tapper in a separate interview: "I think you'll see text today and by this evening. Hopefully we can start our amendment process tomorrow. Should finish up Thursday."

The Senate is racing to pass the bipartisan deal before leaving for the fast-approaching August recess, which is scheduled to start at the end of the week though leaders in the chamber could change that.

Last week, negotiators announced they had reached a deal that includes $550 billion in new federal investments in America's infrastructure over five years. According to a 57-page summary of the plan's elements obtained by CNN, it includes investing $110 billion for roads, bridges and major infrastructure projects, $39 billion to modernize public transit like buses and improve accessibility for the elderly and the disabled and a $65 billion investment in improving broadband internet access. It also provides $73 billion for improvement of the nation's power structure.

The effort to pass the bipartisan deal is one part of Democrats' dual-track strategy as they simultaneously push forward on a second and far more sweeping effort to enact major pieces of Biden's agenda through the budget reconciliation process, which will allow them to enact legislation with only Democratic votes.

On Friday, Senators voted 66-28 on a motion to proceed on the bipartisan effort, with 16 Republican senators voting with Senate Democrats in favor -- a vote that will open up the legislative package to potential changes through the amendment process.

Senate Majority Leader Chuck Schumer said Saturday evening that the bipartisan infrastructure group was still finalizing legislative text of the bill and that they'd remain in session on Sunday "so they can bring this to a conclusion."

"This is an important bill. I know all the parties want to get this right," Schumer said, reiterating that once the group's text is done, he'll offer it as a substitute amendment making it the base of the bill.