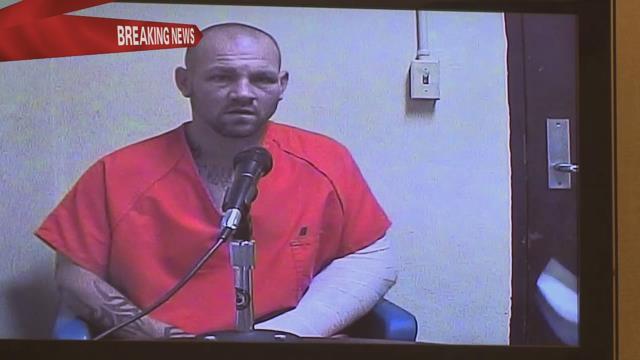 A man suspected of committing armed robberies with a gun or knife in Berrien County was arraigned Wednesday in Cass County on 14 felonies.

He is charged with

He is accused of committing armed robberies in Howard Township and Berrien County.

Fink was arrested Tuesday night after a member of an undercover task force spotted him at the Sunrise-Sunset Liquor Store in Howard Township.

Police say he was attempting his third armed robbery at the store when they confronted him and he tried to run.

Fink is being treated as a habitual offender for prior convictions in Muskingum County, Ohio and Cass County, Michigan.

“In his charges he does have prior aggravated armed robberies in the state of Ohio as well as a prior home invasion second degree charge in Cass County in 2003," said Tiffany Vohwinkle, Assistant Cass County Prosecutor.

April Dawson, Fink's girlfriend, was also arraigned on two felonies. She is charged with one count of conspiracy to commit robbery- armed and one count of robbery-armed.

Charges against Fink and Dawson are pending in Berrien County.