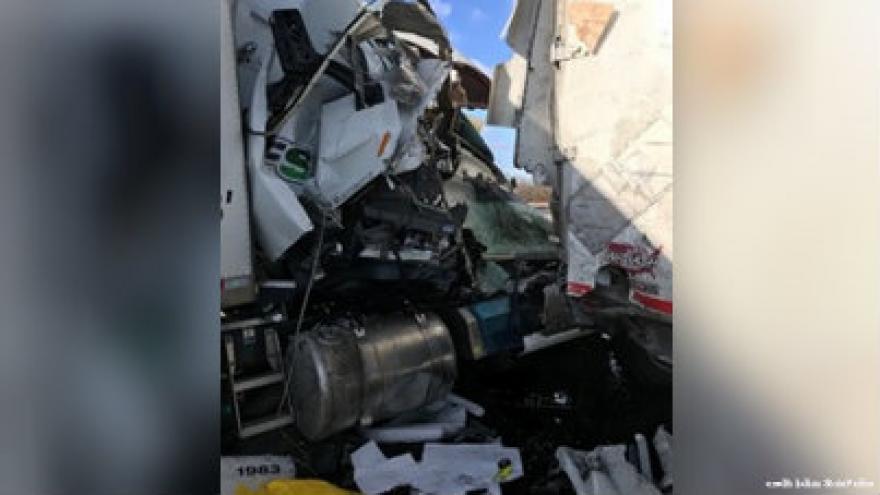 TERRE HAUTE, Ind.—According to the Indiana State Police, the distracted driver of a semi-truck caused a chain reaction crash that claimed the life of one Indiana man Saturday morning.

Around 10 a.m., 70-year-old Pierre St. Jean was driving a semi-truck near mile 10 of I-70 when he failed to notice that traffic had slowed to a stop and struck a GMC Yukon.

The Yukon was pulling a trailer, and was stopped in the passing lane at the time of the collision.

Due to the collision, the Yukon was forced into the driving lane of the interstate.

St. Jean’s semi continued travelling in the passing lane and struck the back of 20-year-old Morgan Johnson’s Buick.

Johnson’s Buick then collided with the back of another semi-truck and caught fire.

55-year-old Leon Price, who was driving a Ford Edge, noticed the collisions in his rearview mirror and attempted to avoid an impact by driving closer to the median.

St. Jean’s semi clipped the back of Pierce’s car and forced it further into the cable barrier system.

Authorities say that St. Jean’s semi then collided with another semi-truck which as a result collided with the rear of a Chevrolet Tahoe.

The Tahoe then struck the back of a Nissan.

Police say that as a result of the collisions three people were sent to the Terre Haute Regional Hospital with non-life-threatening injuries.

Morgan Johnson of Reelsville died due to the crash.

Drugs and alcohol are not believed to be a contributing factor of the crash, the investigation remains ongoing.