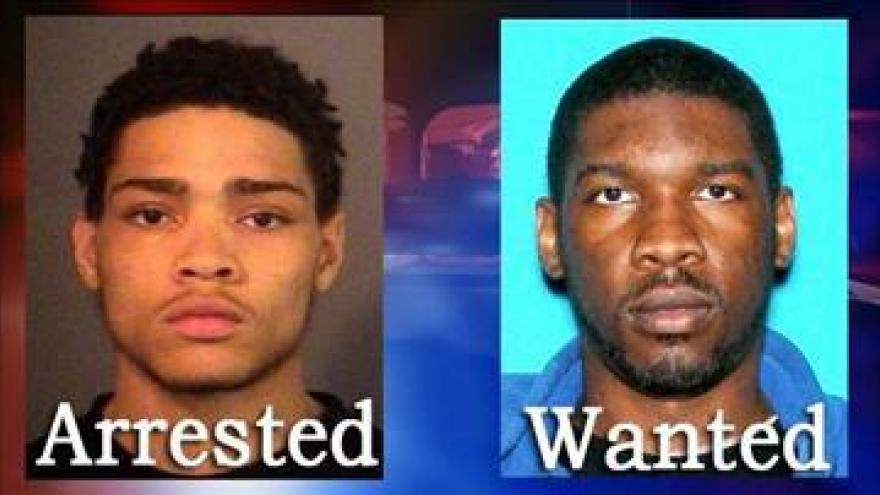 MISHAWAKA, Ind. --  One of the two at-large suspects in the death of John Swoveland Jr has been taken into custody.

Robert Griffin Jr was located at an apartment at Hickory Village in Mishawaka through a tip.

Family members confirmed he was inside, but he did not come out right away.

After a lengthy phone call, he surrendered without incident.

“Through contact with family members, we were able to talk him out - peacefully - without any altercation with the police," said Lieutenant Dave Wells, St. Joseph County Metro Homicide.

Wells says investigators have been working non-stop to arrest those responsible for the shooting that killed Swoveland.

Wells said a number of people came forward to give them information about Griffin.

Without that information, Wells said the arrest wouldn't have been possible.

"If you have information regarding a case that we're working, we'll take that information. No questions asked," said Wells.

One more suspect is still at large. 23-year-old Xavier Primm is wanted for assisting a criminal.

Wells said they're working to try to get him into custody as soon as possible.

“Sometimes, that progress is not as fast as some people would like. Certainly, we’ve had our share of criticisms, but you have to understand the complexity of these investigations," said Wells.

If you have any information, contact Crime Stoppers at 800-342-STOP.