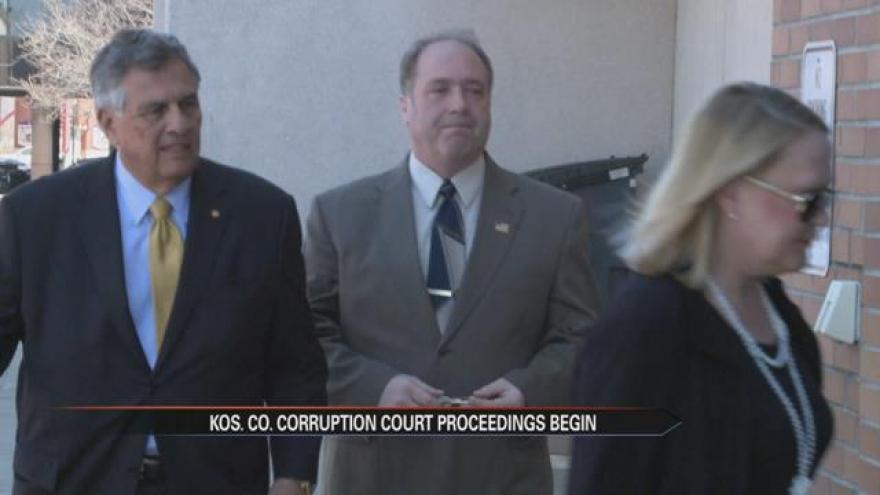 Sheriff Rovesntine and his attorneys refused to comment on the charges.

The men he’s accused of giving favors to or making deals with also appeared.

His lawyer said, “he’s innocent,” but would not comment further.

Soto is accused of bribing Rovenstine and intimidation.

Bronson was the only defendant in chains and a jumpsuit Friday, serving out an unrelated sentence.

The special judge for all three of these cases will have to decide if Rovenstine’s jury will be made up of his constituents.

The special prosecutor filed a motion to require jurors be selected from outside Kosciusko County.

“He’s a public official. He’s been elected numerous times. We’re just asking for an impartial jury. That can be accomplished by bringing people from different counties or just a different county than Kosciusko,” Special Prosecutor Nelson Chipman said.

It is also his last time to accept a plea deal.

Chipman requested that Bronson and Soto be tried together, but both defense attorneys requested otherwise.

The judge will ultimately make a decision on whether or not to separate the trials.

Friday, he set a tentative date of December 13, 2016 for Soto and Bronson’s joint trial.

The final hearing would be December 1, 2016, also the last chance to accept a plea deal.