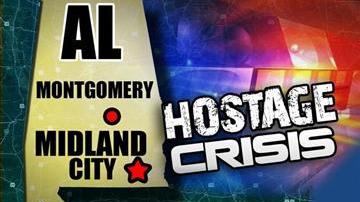 MIDLAND CITY, Ala. — The standoff in a small southeastern Alabama town headed into its seventh day as negotiators continue talk with the suspect.

They said the nightmare began when Dykes boarded a school bus and killed the driver.

According to police, Dykes took the boy hostage and then took him to the underground bunker on his property in Midland City, Ala.

Officials have said that Dykes is taking care of the boy.

"He's told us that he's had electric heaters and some blankets inside, that's taken care of," said Sheriff Wally Olson. "He's also allowed us to provide coloring books, medication, toys. I want to  thank him for taking care of that child. That's very important."

No charges have been filed relating to the standoff. And police are still not commenting on a possible motive.