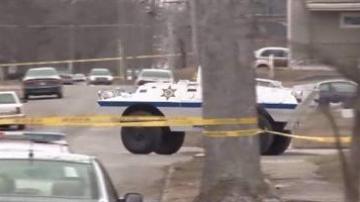 FORT WAYNE, Ind. — A fatal shooting led to a four hour stand-off with Fort Wayne police. They said it all started when a woman was shot to death while getting off a bus Wednesday morning.

Police said the shooting suspect barricaded himself inside of a home with a three-year-old hostage.

Police and a SWAT team moved in and four hours later, the suspect was killed.

The toddler was rescued from the home safely.

Officers believe this was a domestic violence case.