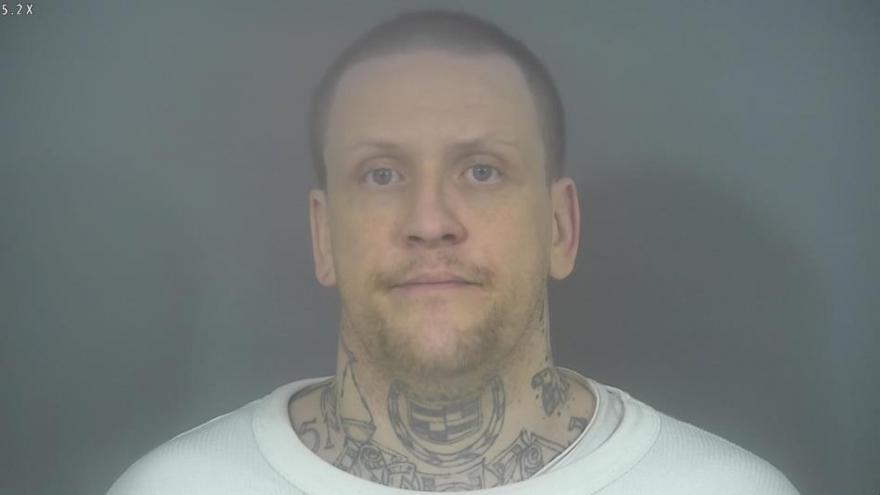 ST. JOSEPH COUNTY, Ind. – A man was arrested for alleged rape following a shots fired call in South Bend in February 2021, according to the probable cause affidavit.

On February 9, 2021, the South Bend Police Department was called to North Scott Street for a shots fired report.

At the scene, an officer spoke with a victim and her mother, who said 40-year-old Matthew Gear had been firing off a gun outside of his house for some reason, reports said.

The victim and her mother also reported that Gear had raped the victim a few days prior and confined the victim earlier in the day on February 9, according to court documents.

The victim said she struggled to remember exactly what day the incident occurred but that a few days prior, Gear had called her over to his house to get something her mother reportedly left there.

When the victim entered Gear’s home, he allegedly locked the door behind her, told her she was very beautiful, pulled out a handgun, and wanted her to come in the bedroom with him.

The victim tried to walk past him to leave but Gear allegedly grabbed her arm and threw her into the bedroom.

She said she yelled at him about what he was doing.

Gear then pointed the gun at her head and told her to get on the bed, according to reports.

The victim gave investigators a detailed description of the gun, including the color and that the safety was off. She also drew a picture of the gun.

Gear then raped the victim.

She tried to get Gear off of her but he allegedly told her to “just let it happen.”

After he was done, Gear told her to get out.

The victim went home and told her mother what happened but begged her not to call police because she was afraid of what Gear might do to them, court documents state.

The victim sustained injuries to her neck and arm during the incident that were visible to investigators.

She also described the layout of the inside of his house and his bedroom in great detail.

On February 9, 2021, the victim and her mother were going back and forth between the next-door neighbor’s house to do laundry and at one point, Gear came over to the neighbor’s house.

He knocked on the door and was looking at the victim, reports said.

Later, when the victim and her mother were outside, Gear asked her mother to come look at something for him and the three of them walked to the front of his residence, reports said.

Gear then allegedly grabbed and victim, pulled her inside his home, and locked her mother outside.

Gear allegedly offered the victim money and weed to be sexual with him while her mother was screaming outside and pounding on the door.

The victim told Gear no and he opened the door and pushed her out, according to reports.

The victim’s mother confirmed that her daughter told her about the rape and asked her not to call the police. She also said Gear called them over to his porch and that he briefly locked the victim inside his home, reports said.

A detective spoke to the victim’s neighbor, who confirmed Gear had come over while the victim and her mother were there and tried to get the victim to go to Gear’s home.

Gear allegedly denied the victim’s allegations and said the victim had never been inside his residence.

A search warrant was executed on Gear’s residence and inside, investigators found two firearms.

One of the firearms matched the description the victim gave of the weapon Gear reportedly used during the rape, reports said.

A detective also found that the victim had accurately described the layout of Gear’s residence and bedroom.

Gear is facing charges of rape, confinement where victim is under 14 years of age, and battery on a person less than 14 years old.