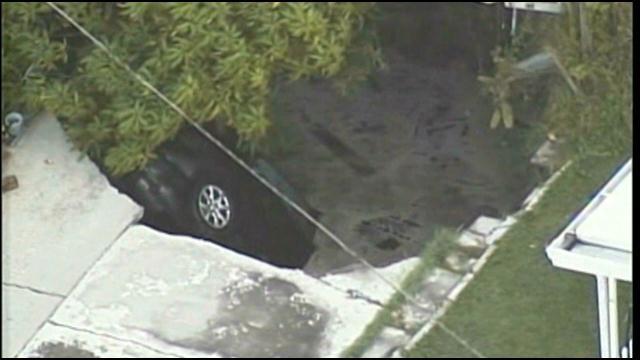 A 10 foot deep sinkhole that opened up Monday in a driveway is growing.

A car was swallowed up by the hole and the woman who lives inside the home grabbed almost everything she owned from inside and evacuated.

“I don't know how safe my house could be. I can't go home. We're all in the same boat,” says Sharp.

Just 30 feet away, another spot in the ground has opened up.

Officials say the sinkhole that swallowed the car does not appear to be getting wider, however it is getting deeper.