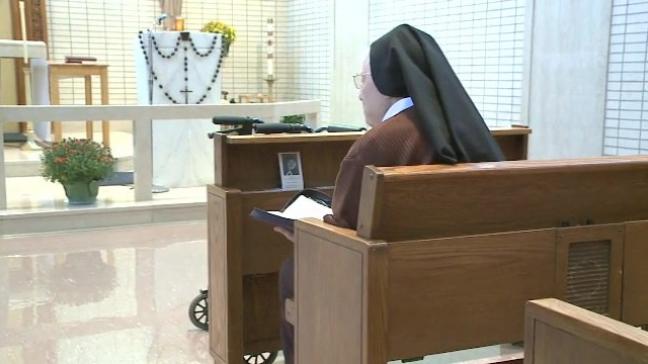 One woman in Mishawaka has a very special birthday coming up, and she has a lot of reasons to celebrate.

Sister Alfreda is a nun at the St. Francis Convent, a place she's called home for more than 70 years. And this Sunday, she will become the oldest sister to live at this convent, at the age of 103.

“I got here because I thought, oh, get mass only once a week? That's really not enough,” Sister Alfreda said.

Sister Alfreda moved from her family's small farm in West Point, Nebraska to the St. Francis Convent in Mishawaka at the age of 20, on a journey in faith.

“I had an opportunity to really do some good things.” Sister Alfreda said.

Sister has come and gone over the years on many missions. One of her longest was as a head administrator at the St. Francis Hospital in Evanston, Illinois, which was one of the hospitals in the convent under her authority.

“She taught me some of the things that I need to know, both in the community and in the hospital business,” Sister Madonna Rougeau said.

Her leadership and guidance has touched many Sister Madonna says, who worked as a head nurse under Sister Alfreda at St. Francis.

“I am grateful for the leadership that she has and has had for the community.” Sister Madonna said.

Her secret to longevity is simple, but one she is faithful to.

“Exercise, a very well diet and she knows what she wants and she goes for it and she's a leader,” St. Francis Nurse Aid Carol McCaffery said.

There's not much sister Alfreda fails at once she puts her mind to it. But as she reflects on 103 years of life, there's one wish she has yet to fulfill.

“I want to go to heaven and I always say Jesus, take me there please I need to go with you to heaven, it's my journey home. I really want to go,” Sister Alfreda said.