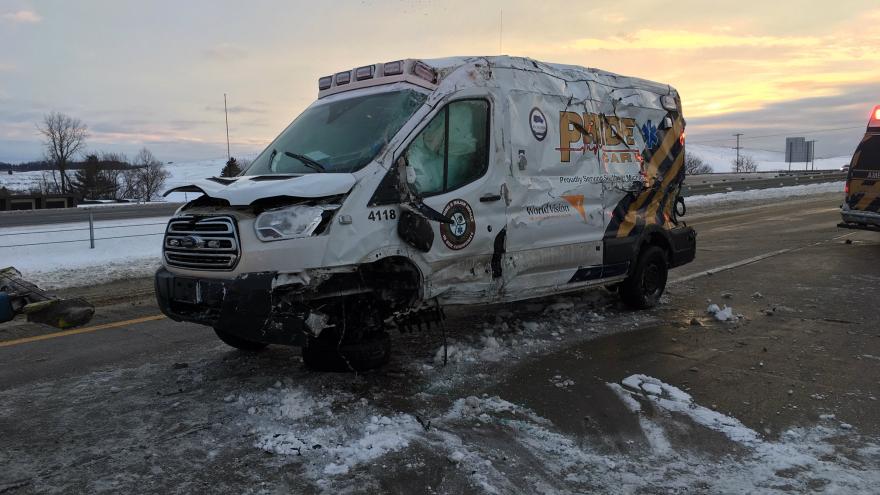 22-year-old medic Andrew Sack was driving a Pride Care Ambulance on I-94 when he lost control of the vehicle due to a slushy-snow mix on the interstate’s shoulder, says the Berrien County’s Sheriff’s Office.

Deputies say Sack sustained lacerations to his head when the ambulance rolled over.

The other medic, 21-year-old Kyle Roberston did not appear to have sustained extensive injuries.

Deputies did not comment on the nature or extent of the 69-year-old female patient's injuries.

However, they did say that all three were transported via another ambulance to the hospital, where they received treatment for non-life threatening injuries.