Snapchat is worth more than Delta, Target and CBS 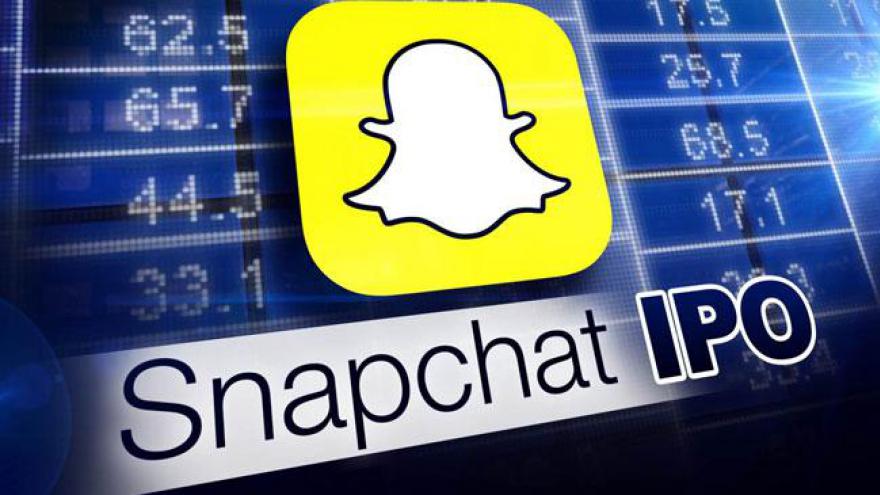 Snap Inc. is less than six years old and lets people take pictures of themselves with cartoonish dog ears and noses.

But the parent company of Snapchat -- which isn't making any money yet, by the way -- is now worth more than Deere.

Snap surged 44% in its first day of trading Thursday and was up about 20% Friday after Comcast-owned NBCUniversal announced it had taken a stake in the social media company.

That makes Snap worth more than $40 billion. (More on how I calculated this below.) Deere's market value is about $35 billion.

Want some more well-known brand names? CBS, Sherwin-Williams, AllState, Estee Lauder and Kellogg are all worth less than Snap.

And how's this for a fun twist? Snap's market value is also higher than Intercontinental Exchange -- the parent company of the New York Stock Exchange ... where Snap went public.

Can Snap keep rising? Check back after Snap reports its first quarterly results as a public company.

But for now, profits are apparently optional for tech unicorns. Kind of like 1999. Remind me again how that worked out?

Note: In case you're wondering how I got the $40 billion figure, I used a share count of about 1.41 billion. That includes all three classes of Snap stock, as well as new shares expected to be issued through options and restricted stock grants.

The data providers for many financial websites, including CNNMoney, do not factor in this additional stock. So you may see a lower market value for Snap than what I'm reporting.