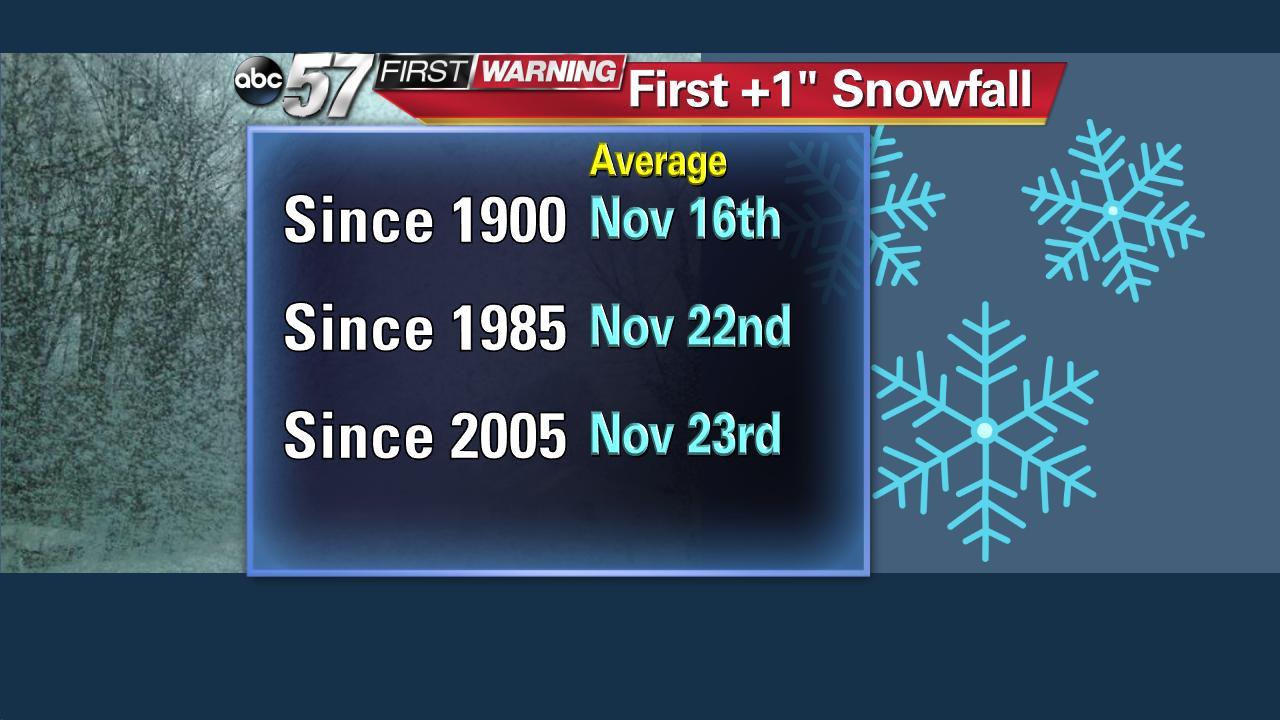 With the impending first measurable snowfall this weekend for Michiana, it's hard to believe that by this time last year, we had already seen 17.1" of snow in South Bend.  Speaking of last year, we saw our first snow on Halloween, meanwhile we're still waiting for that first snowflake to drop and we're halfway through November.  With that in mind, I'm sure many are asking if this first measurable snowfall slated for this weekend is later than normal?

According to snowfall records dating back to the late 1800s, the typical date for the first measurable snowfall is in mid-November, so we are on track this year (Fig. 1).  After a tough, snowy and frigid winter for 2014 - 2015, Michiana was ready for a break from the snow.  It's been quite an unusually long break this year with 241 days since our last snow event as of November 19th (Fig. 2).  According to the National Weather Service of Northern Indiana, the average number of days between the last and first snowfall events is 215. On March 23rd, 2015, we saw 4.7 inches of snow and some parts of Michiana might see as much as that this Saturday.  Stay with ABC57 News for the latest up-to-date forecast to get you and your family prepared.  Also, check back daily here to see the latest changes and updates to the forecast.