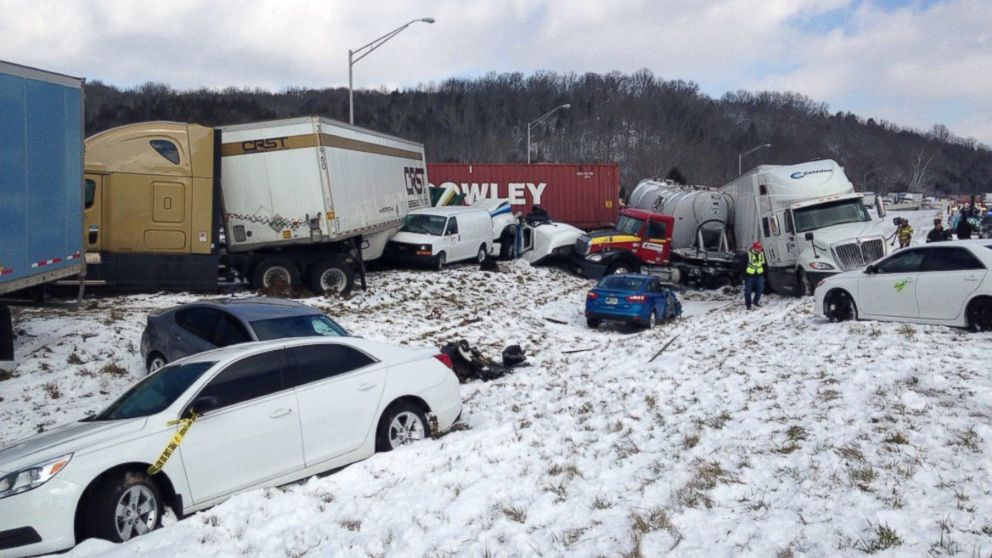 We are no strangers to heavy snow and very poor visibility during the winter months here in Michiana. Lake effect snow provides us with numerous instances of poor driving conditions every winter. But it's not just lake effect snow that causes significant problems for those on the road. Snow squalls have proven time and time again to be very dangerous and even deadly across the Midwest, Great Lakes and Northeast. 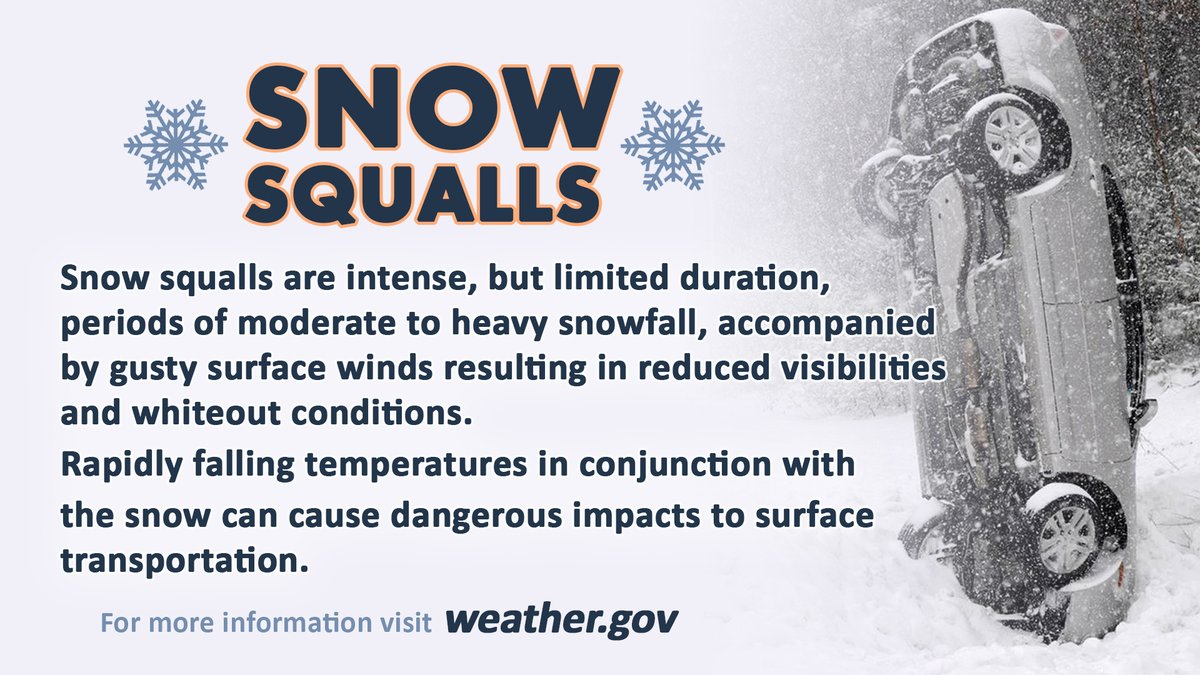 In order to combat the impacts of these intense bursts of snow, the National Weather Service began testing a new product last winter called a Snow Squall Warning. This year, multiple NWS offices can issue them for real. 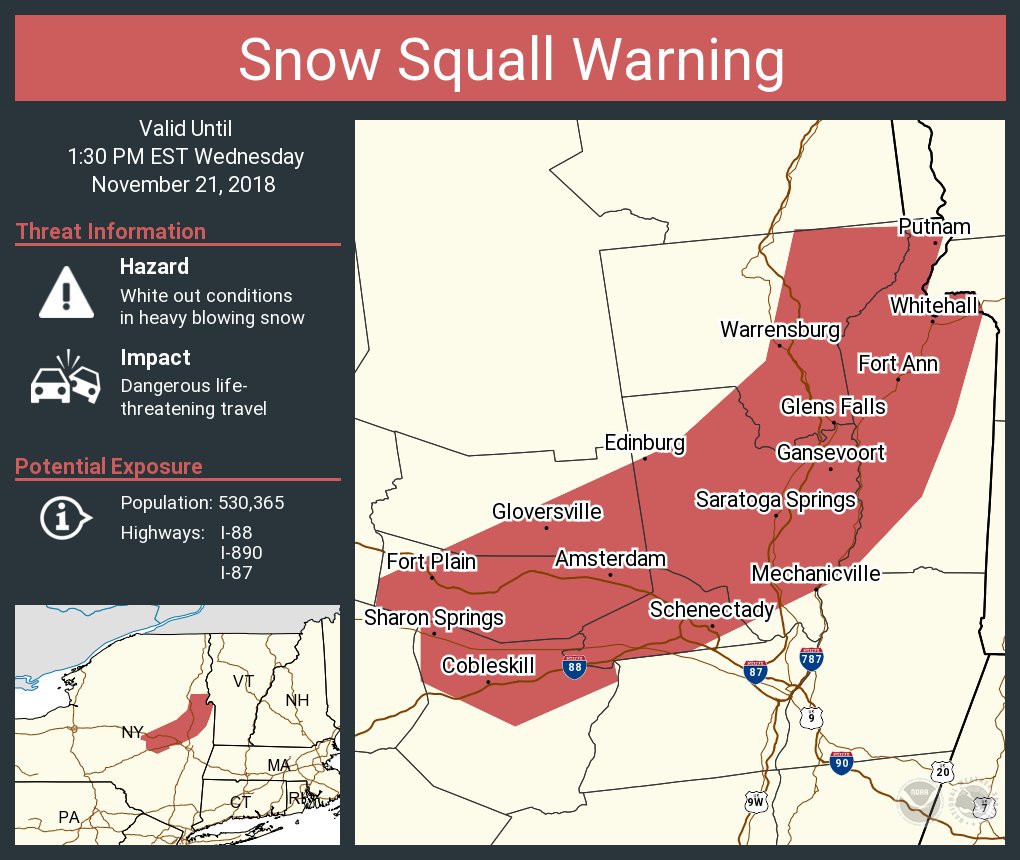 Example of a Snow Squall Warning.
Several were issued during the week of Thanksgiving by offices across the Northeast and New England. They are very similar to severe weather warnings (i.e., tornado, severe thunderstorm) issued during the spring and summer in the sense that they generally cover small areas and don't last very long.

"Snow Squall Warnings are very similar to that idea of a Severe Thunderstorm Warning in the summer. It's that warning, notification, short duration, small area, very intense. And really, the bottom line is, it's safety. We're trying to make sure the people out there know what's coming," says Michael Lewis, a meteorologist with the National Weather Service in Northern Indiana. 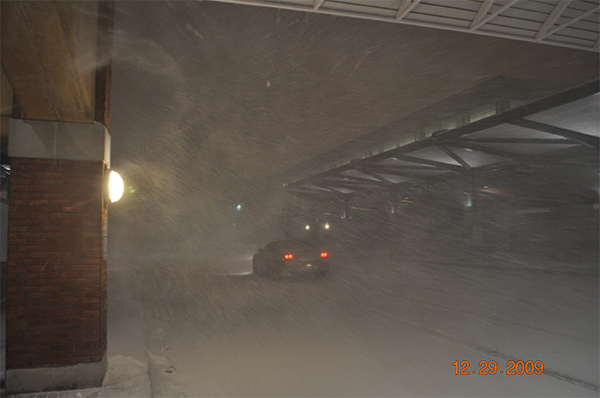 Snow Squall Burlington Intl. Airport, December 2009 Peter Banacos, NWS
Regarding the reasoning behind using these warnings, Lewis says, "this is going to be a great tool for our toolkit to be able to notify the public, save lives, minimize that loss." They're not being implemented quite yet by all National Weather Service offices as there are numerous steps that need to be completed before these warnings can be issued. As we progress through the winter, additional offices will gain the ability to issue them. That includes the NWS in Northern Indiana, which expects to be have Snow Squall Warnings in their arsenal by February or March. 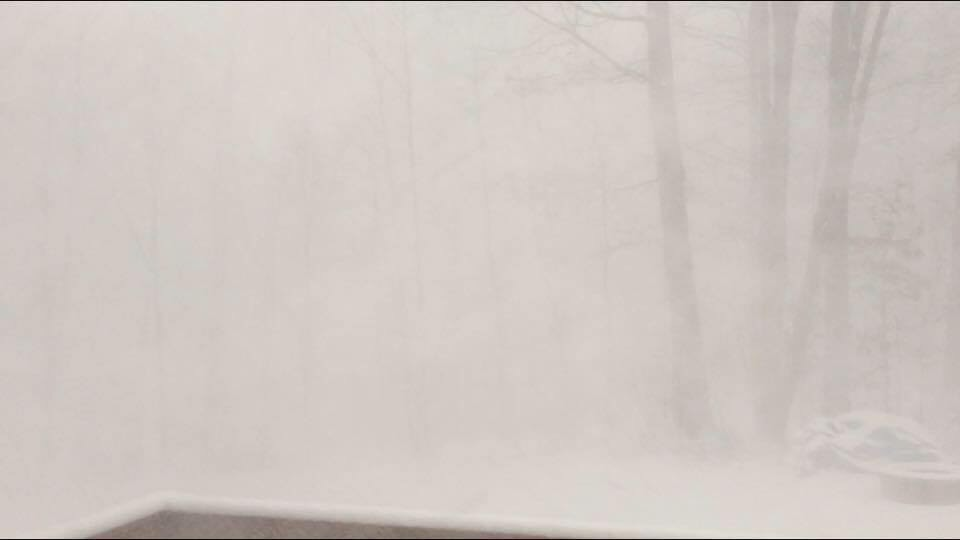 Valentineâs Day Squall in 2015, Port Matilda, PA Greg DeVoir, NWS
The biggest impact of snow squalls, which only occur a handful of times in a given winter, is on drivers who get caught in them with no warning. They seemingly come out of nowhere and can cause visibility to fall to near zero thanks to the combination of brief intense snow and strong wind gusts. Many times when snow squalls are around, you can go from sunshine to zero visibility to sunshine again in less than 30 minutes.

"By the time you get into it, if you wait just ten minutes, it's going to be through. So it's a wait and see type of thing. Don't drive into it and hope you're going to get through because it can be a very deadly, dangerous situation," Lewis says. 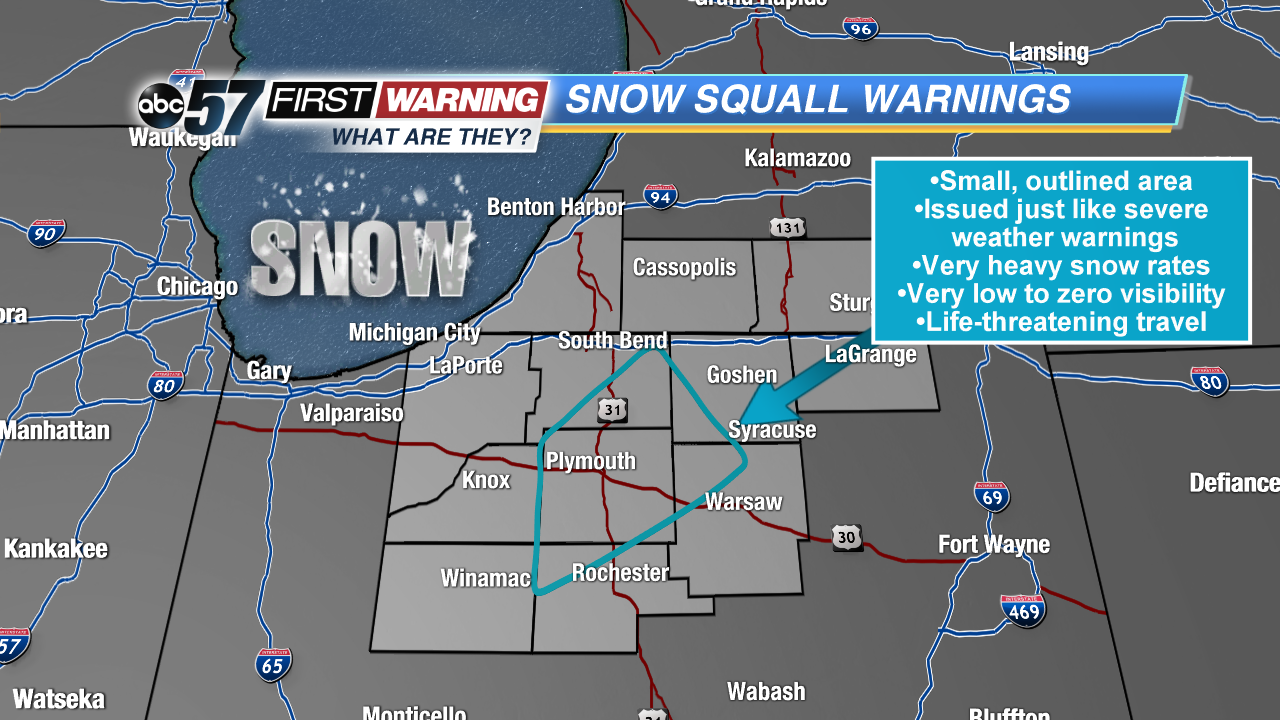 An example of what a Snow Squall Warning will look like.
If your location is inside of the warning polygon when one of these warnings is issued, you could see the warning pop up on your TV, phone, vehicle, highway signs, and weather radios. Just like Severe Thunderstorm and Tornado Warnings. It's important to note that there are several kinks that need to be ironed out over the next few months, but in all likelihood Snow Squall Warnings will be issued locally by the end of winter.
Share this article: