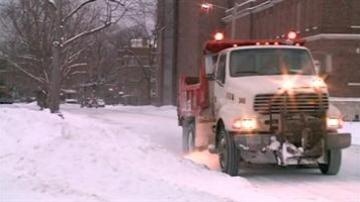 SOUTH BEND, Ind -- The Bureau of Streets in South Bend is in charge of removing the snow on all public streets within the city.  But some South Bend residents aren't happy with how much snow is still on the roads.

While it may seem like your road may be the last to be plowed, that's not always the case.

According to Paul South, the Director of Streets in South Bend, there's a method to the maintenance.

"It's based on the traffic and how much traffic is on each street," says South.

That means main streets get priority and residents' roads may not get plowed until after the storm.

The team at Bureau of Streets wants to remind drivers on their morning commute to drive slower, the streets may be plowed but they could still be slick.