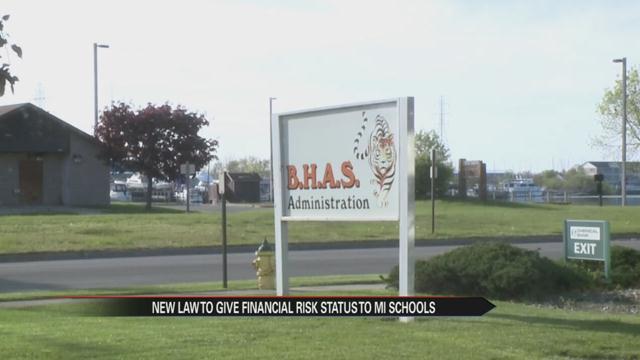 After some financial trouble at area schools, Michigan Governor Rick Snyder has signed new legislation giving administrators a heads up if they are in the fiscal red zone.

Representative Al Pscholka helped push one of the bills. It comes after recent debt problems at Benton Harbor schools in his district.

The legislation adds new requirements for schools with a fund balance of less than 5 percent over two years.

Those schools will have to submit budget information to the state.

If this law were on the books earlier for Benton Harbor schools, this means they could have had someone coming in from the state to assist them before they slipped $15 million into debt.

The state can also hold back some funding for those school districts as well.

"It all comes down to what is best for kids," said Pscholka. "We want to have a system in place that allows early formal communication between the state and struggling districts."

Some opponents say the legislation isn't specific enough and only identifies problems, not fixes them.