Solutions to get rid of mosquitoes 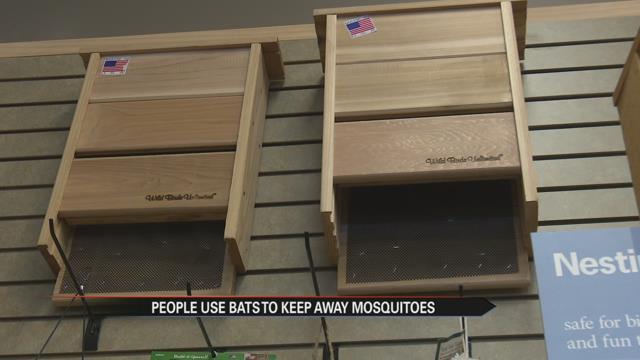 Mosquitoes have taken over South Bend after heavy rainfall.

The city isn’t doing any large scale spraying, but is trying to reduce standing water.

In the meantime, they’re asking that citizens use bug spray.

“We really want to encourage people from a health perspective to go ahead and invest in that repellent because mosquitoes can create a health problem,” Mayor Pete Buttigieg said.

However, there is a long-term solution in addition to repellent, and it involves bats.

She recommends using bat houses to attract bats that will eat mosquitoes.

“Bats will eat up to 100% of their body weight in bugs every day. So having those out, having bats in the area and around, is a good thing, especially with all the mosquitoes we have right now,” Wistreich said.

Wistreich says late she’s been getting more calls for bat houses, which she has in her store.

They should be put high up, preferably on a pole rather than a tree.

Bats don’t nest until spring however, so the houses are not a quick fix.

“Just putting up a box doesn’t mean you’re going to get instant bats into the box. Putting up the box, it may take a year or more to allow them to find it and start using it,” Wistreich said.

Once they’re up, the bats should keep coming back, to eat the mosquitoes so the pesky insects don’t eat the homeowners.