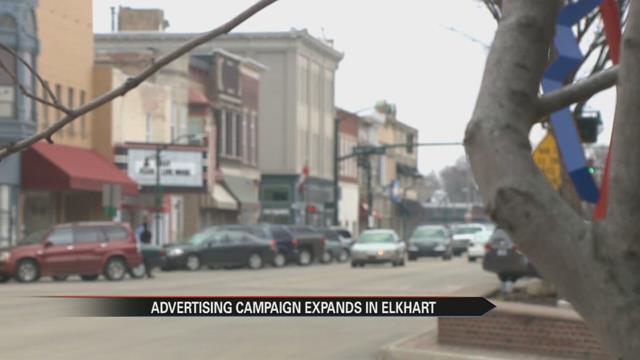 A marketing effort to attract new investments is expanding into some Elkhart neighborhoods. The Supporting our Main Assets or SoMa initiative started in 2011 in Downtown Elkhart.

Directors of SoMa did just what the name implies; they took what was already here and created a buzz around it.

Now they are expanding the same plan into Tax Incremental Financing or TIF neighborhoods.

“Let’s encourage them to work as neighbors and lets encourage them to talk about the great things that they have in their neighborhood,” says Diana Lawson Executive Director of the Elkhart County Visitor’s Bureau and Chair of SoMa.

The marketing effort focuses on attracting visitors to Main Street and getting business owners involved by showing off their goods.

These efforts are carried out through events and loyalty shopping programs.

Lawson has worked with SoMa since 2011 and says now it is time to spread a similar marketing plan to the TIF neighborhoods.

“Let’s pay attention to what is already there. So it’s creating a new awareness of what has already been created and be able to enjoy it,” says Lawson.

In 2015 SoMa initiatives like the Elkhart Jazz Festival attracted over 20,000 people; exceeded expectations of around 15,000.

In addition to increased fanfare Lawson says there’s other evidence of positive change. Fewer vacant signs are seen in the apartments above these store fronts.

“People don’t realize there are almost 100 apartments on Main Street that are just hardly any vacancies,” says Lawson.

One Common Council member questions how many of those new residents were influenced by SoMa initiatives.

“I think we saw private investors choose to get involved, invest in those apartments and as a result we saw people move down town,” says Brian Dickerson, Common Council at Large.

This year the city’s Redevelopment Commission budgeted $260,000 to SoMa, $50,000 of that will be used in marketing the other TIF neighborhoods.

Dickerson believes a more traditional approach would attract people to invest in the neighborhoods.

Lawson says ultimately the way the marketing goes will be dependent on how the neighbors want to show off their main assets.

“We are going to have conversations in the neighborhood inviting people to come having focus groups and trying to determine how they see themselves and what they would like to see in their neighborhood,” says Lawson.

The SoMa board is currently seeking TIF neighbors input and ideas. Lawson says the board will begin developing plans by early summer.