Some calling for the boycott of Black Friday 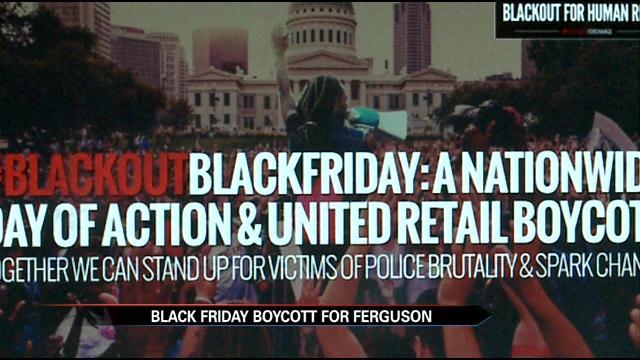 Protests against the decision not to indict Police Officer Darren Wilson continue across the country.

In a national movement, protestors are choosing to stay at home and boycott Black Friday.

“No justice. No profit.”

Posts like these are popping up all over social media.

The unrest stems from the recent decision not to press charges against Ferguson Police Officer Darren Wilson, after he shot and killed unarmed, black teenager Michael Brown in August.

“It's not just a black issue. It's the issue of Americans being killed. Being subjected to suffering,” said local pastor Mario Sims.

Sims said he is protesting the issue of injustice all races experience.

“I think as Americans we have to come together and say we're going to boycott spending money on Friday to ensure all Americans have a right to live and peacefully coexist in America. Blacks, whites, police officers, anyone,” said Sims.

Sims said boycotts can have an impact on the economy. And he hopes Americans coming together to boycott Black Friday will open a dialoge to begin discussing racial tensions and injustices across the country.

“We have to put people first. And not the dollar first,” said Sims.