Some residents too afraid to give police tips about crime 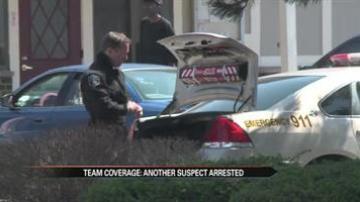 SOUTH BEND, Ind. -- Nineteen-year-old Robert Griffin Junior is in police custody after a tip led police to Hickory Village apartment complex where he was hiding.

Griffin is one of the men suspected of murdering 2-year-old John Swoveland Jr as he played outside last week.

But another suspect, 23-year-old Xavier Primm is still at large.

Some neighbors said they are seeing firsthand how important it is to report tips, but still, many are afraid to.

“People are scared, it’s not that they don’t want to talk, but they know better,” said one Hickory Village resident who did not want to go on camera or be identified.

But he was the only person who would talk about the arrest of Robert Griffin Jr.

He said he’s glad someone tipped police off, but it wouldn’t have been him.

“If the guy sees you telling on them they might not come back and get you, but somebody else is.”

Fear of retaliation prevents people from calling in tips, but it’s also the fear that police won’t keep it anonymous.

“Tips are important. Everybody wants to clean this up. It’s not like we don’t want to clean this up, but you’re scared. Police can’t be with you 24/7,” the neighbor explained.

But Metro Homicide promises those who call in, will remain anonymous.

And that one anonymous call is all it could take to bring the eighth and final suspect charged in connection with the murder to justice.