Some say it's the most dangerous road in Mishawaka 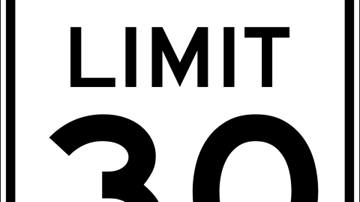 MISHAWAKA, Ind. - Some say Fulmer Road is one of the most dangerous roads in Mishawaka.

Fulmer Road connects to Bremen before the U.S. 20 bypass. Drivers take Fulmer Road to get to Meijer, Autumn Lakes Apartment Complex, and Linden House Assisted Living Community -- among other places off the road.

The trouble starts with a four-way stop that turns into Meijer. Our news crew caught nearly every car rolling through the stop signs, or not touching their brakes at all.

There are four points along the short stretch of roadway were 30 mph speed limit signs are posted. But ABC 57 News was told Friday that cars sometimes speed as high as 45, 50, or even 60 mph down the straightaway.

"Someone is going to get killed out there," said Marylyn Platner, a resident at Linden House.

"They need a nice big sign that says 'slow down'."

Our camera caught cars racing from one end of Fulmer Street to the other. During the few hours we were videotaping, we caught at least 20 cars going faster than the posted speed limit (30 mph).

The folks that live at Linden House say they are afraid to pull out of the the parking lot and onto the road.

"Darkness is a factor, speed is a factor, and our residents actually asked for lighting, speed bumps, a stop light, anything to make people slow down," said Cindy Sater, the Property Manager at Linden House.

Several senior citizens that live at Linden House met with Mayor Dave Wood over the summer about the problem.

"He said he was going to try to correct it in some way, but of course he hasn't done so yet," Planter said.

"We haven't heard anything back yet, but we hope something will be done to get these people to slow down," Sater added.

ABC 57 News reached out to the mayor who also lives off of Fulmer Road.

"It has been an issue and a problem, and we have stepped up some police enforcement through there," Wood said.

Wood blames younger folks living in Autumn Lakes and the fact that the road is a straightaway for the speeding. A solution to the problem, other than increased police presence, hasn't been offered yet.