Some states to raise minimum wage 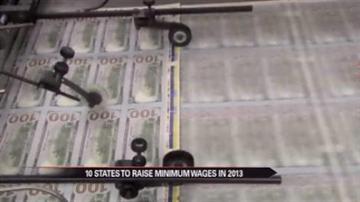 The new year will also mean a slightly bigger paycheck for thousands of minimum wage workers. On Jan. 1, ten states will raise their minimum wage between 10 and 15 cents per hour.

Some of the states raising their wages will be Colorado, Florida, Ohio and Rhode Island.

Rhode Island minimum wage earners will get the biggest increase.

States must pay at least the federal minimum wage of $7.25 an hour.

Nineteen states will pay above that next year.