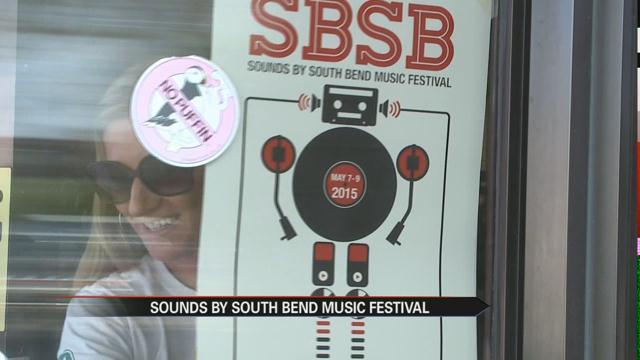 The third annual Sounds by South Bend music festival starts Thursday. The event will feature 50 performers in venues all around the city.

The members of Trybe, a South Bend hip hop band, are thrilled to perform in their hometown.

“We all love this city. So much. That's kind of what motivates us,” Curtis Bethel, of Trybe, said.

Bethel and his band mates, Mychael Winston and Demetrius Kennedy, grew up together in South Bend, and now attend IUSB.

They'll be performing at Suite 11 inside the Emporium on Saturday.

“It's going to be amazing,” Kennedy said.

Dan Courtney, is the venue manger for Sounds by South Bend.

“We're expecting to have a lot of people from South Bend come out,” Courtney said.

He hopes it unites people of all ages.

“We expect to have people who are under five-years-old and over 80-years-old, and that's the kind of event that is really good for South Bend, that brings people together and makes it a fun place to live,” Courtney said.

For the young men of Trybe, it's about more than fun. Performing in Sounds by South Bend means contributing to the culture of their hometown.

“Sounds by South Bend is a great thing to happen to the city because it's giving us a culture,” Winston said.