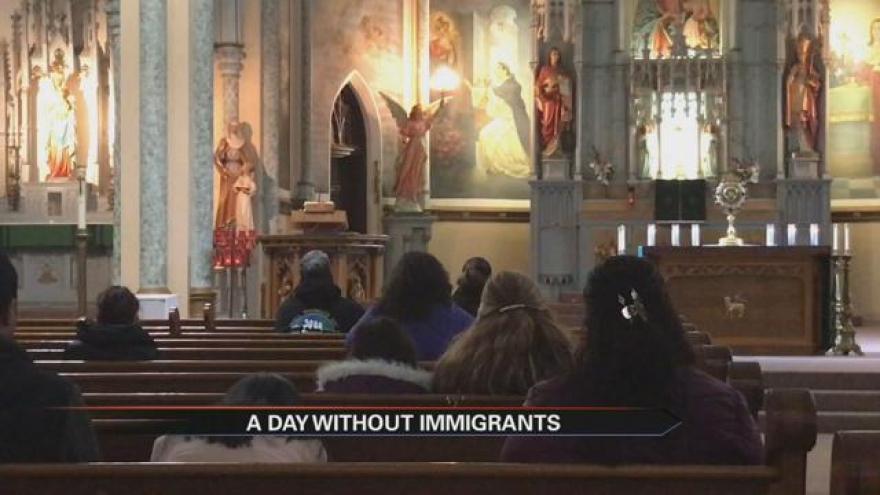 A nationwide protest had some South Bend streets silent on Thursday. That protest, “A Day Without Immigrants” caused Catholic school St. Adalbert’s to shut down for a day along with other South Bend businesses. But the day wasn’t wasted; the students, parents and staff came together in unity.

“This is their church and this is their community and so having a place where they can come and pray and feel safe,” said Rev. Paul Ybarra, C.S.C., St. Adalbert & St. Casimir Parishes.

One mother arrived at the church around 7:00 a.m. Thursday morning, and said she would stay all day.

“Praying to God. We just want to prosper and to help,” said Cristina Ruvalcaba.

In recent weeks, Father Paul Ybarra has spoken to numerous families and says many are shaken and confused by executive orders and are hoping to get facts and not rumors.

“Whether they have a reason to really be afraid of this current administration or they have no reason to be afraid, they are feeling it,” said Ybarra.

Another mother says this is what it would be like without the immigrant community in South Bend.

“The big picture behind this is how not having immigrants here is going to affect day-to-day citizens, residents like myself, and other people around our community,” said Gloria Estrada-Lopez.

A Spanish mass was held at the church at 7:00 p.m. to recognize the nationwide protest.