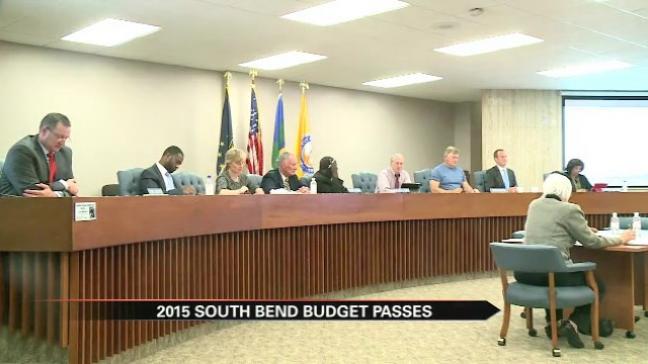 South Bend residents will now know exactly where their tax dollars are being spent for next year. The council voted Monday in favor of the 2015 proposed budget.

The council voted 8-1 in favor of passing the budget, with councilman Henry Davis Jr. the only no vote.

It took five months of debate and discussion to come up with this budget.

But it's significantly less than it was for 2014.

The city of South Bend is looking at nearly $30 million less in funding because of statewide tax caps.

But one program that won't be hurting, the city's curbs and sidewalks program, which has been popular with South Bend residents.

The first proposed budget cut the program's funding by over 25-percent but the council was able to move around some funds, and the program will now receive $1.5 million in 2015.