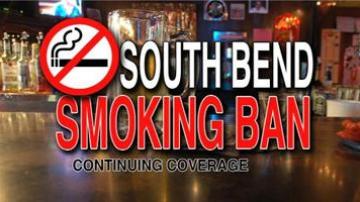 The City of South Bend's Common Council voted today on the bill which would ban smoking in bars.

The Common Council voted 5-4 in an unfavorable recommendation against the bill.

This recommendation was passed on to the Full Council where the final vote was be held, and the final decision on the bill was be made.

In the Full Council the final vote was tallied at 5-4 against the proposed bill, and this means that smoking will still be permitted in South Bend bars.

Full coverage of this story can be seen on the 11 p.m. broadcast.