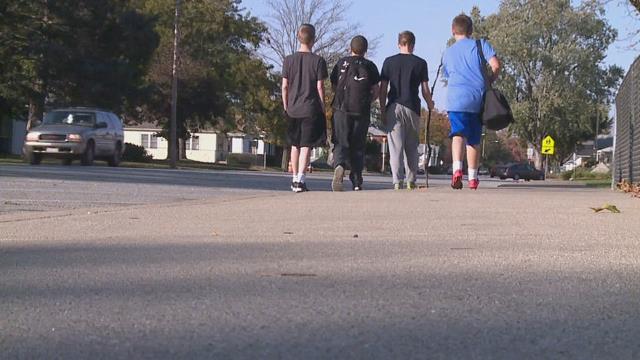 As some may have expected South Bend Community Schools enrollment dropped this fall.

In July the district told ABC 57 they estimated a loss of about 300 students, but the actual drop in enrollment was nearly triple that.

Over 800 South Bend students were taken out of South Bend Schools before the start of this academic year.

“This year we brought in 150 kids. We spent $30,000 on the marketing campaign,” said Jennifer Smith, Mishawaka Schools Project Manager.

Mishawaka Smart Choice is a marketing campaign that boasts their district can offer much more than other local schools.

“You know not only do we have a lot of academic options, just the feel, the family feel and everything it’s very cool,” said Smith.

But Superintendent Schmidt says she doesn’t expect students to be impressed.

“We fully expect that a number of these students will come back because of the quality of our programs,” said Schmidt.

However, if they don’t come back by February when the enrollment count is calculated again it could mean big changes for the school.

“Will we have to make adjustments? Yes, we will,” said Schmidt. "So after that then we need to look at what those adjustments will look like."

But in the meantime Schmidt has some reassurance for parents.

“We certainly wouldn’t want to give the impression that the quality of our programs will suffer as a result of this because I will tell you, they will not,” said Schmidt.