South Bend construction nears an end for the year 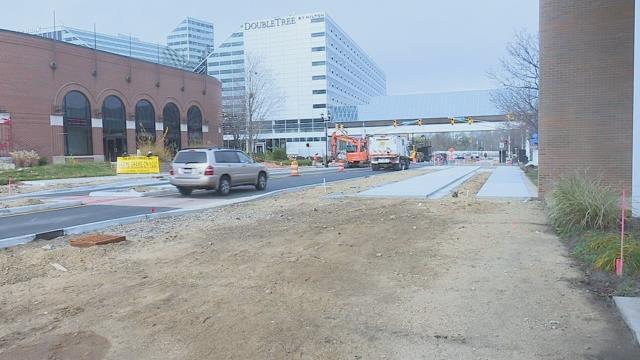 St. Joseph Street and Michigan Street will be completely reopened to two-way traffic by Wednesday evening.

Opinions differ on the street conversion.

“I think it’s going to be refreshing and look new and cheerful,” Ann Clark said.

“The change is going to be real nice,” Platz said.

Not everyone feels that way, however.

Both supporters and naysayers say they can’t wait for the many downtown projects to wrap up for winter.

“I honestly have no idea if I can bounce back,” Goldstein said.

Goldstein says the constant construction this year has all but bankrupt his shop.

“Customers not being able to get down here the business just wasn’t able to withstand that,” Goldstein said.

“We say this is really going to be great for downtown,” Kain said.

While a little work on sidewalks and signals remains, Kain says traffic shouldn’t be disrupted much after Wednesday.