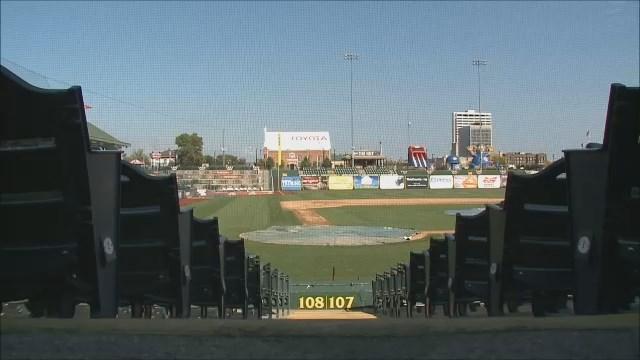 “We have to earn the community’s trust and I think that something we’ve been able to do and we’re gonna continue to do,” said Joe Hart, President of the South Bend Cubs at Four Winds Field.

The South Bend Cubs want to say thank you.

“We’re in such a great community and have the opportunity to do this. We just wanna give another way of saying thank you to everybody,” said Hart.

So they’re hosting an open house event for the community.

“It’s free to get in, it’s free parking, free for the inflatables so we want families to be able to come out. Tiki Hut will be open, some concessions and we’re just gonna give away some prizes as well. The performance center is gonna be open,” said Hart.

You, the fans, made it all possible.

“Really the biggest thing I look to is this past year on opening day - You know it’s 34 degrees and snowing and we still sold out,” said Hart.

So just once more this season..

“The weather’s great today what better way to invite people to come out one last time,” said Hart.

They’re asking you to join them at Four Winds Field.

“It’s just kinda the beginning people don’t have to worry about us getting complacent and sitting back on what we’ve done, were gonna always continue to get better. At the end of the day we’re here to create memories,” said Hart.