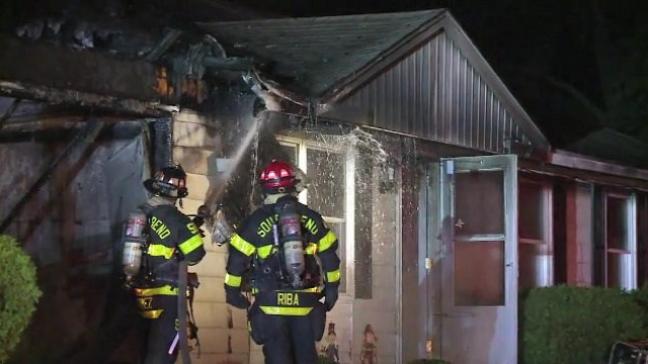 Firefighters responded to a house fire on the 3500 block of Eastmont around 8 p.m. Thursday.

A man, his wife, and dog were all inside the home when they said they heard a loud explosion come from the garage.

The homeowner said they immediately jumped into action.

“So we shut the door and got the dog and got out of there. I grabbed her keys and got the car out of the garage before it really went up,” Chuck Jones said.

They made it out safely.

And although the fire completely burned through their roof, they know it could have ended worse.

Firefighters said the fire originated in the garage but have not determined a cause.