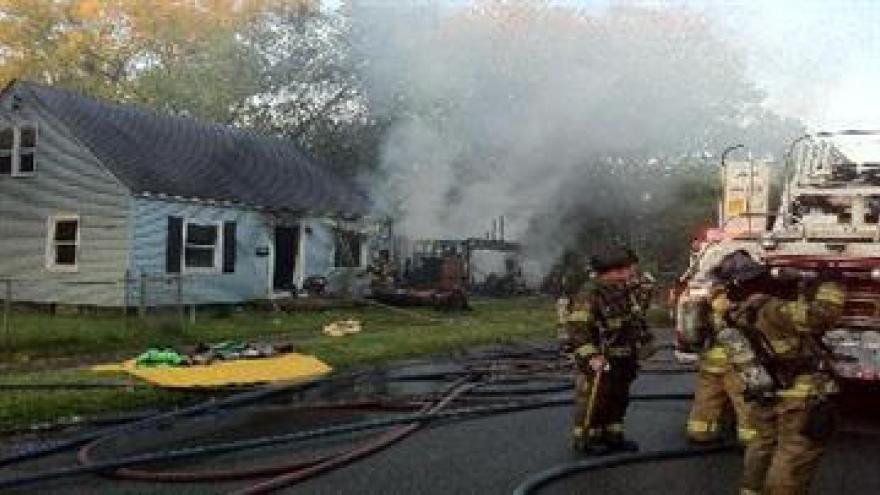 The fire broke out around 8 a.m. on Keller Street. Crews said the fire likely started in the garage and then spread to the front porch. They put out the blaze in about 25 minutes.

Firefighters said they had to shut off utilities in the area while they fought the blaze and the garage roof collapsed as they were trying to put it out.

“The entire garage was completely engulfed and spreading and that’s when it made it to the house,” Scott Taberski, Captain of the SBFD. “They made an attack and basically pushed the fire back into the garage. We had just a little difficulty on the garage because the roof was collapsed and the entire roof caved in and  we have some embers and fire underneath that.”

No one was inside the home or garage. Right now the cause of the fire is still under investigation.